Is it that time again? Goodness, where has the year gone?

I know I say this every year, but it really has flown. The main contributing factor has definitely been T starting school in September. It absolutely consumed us as soon as the clocks struck midnight into 2019, starting with school places and then uniforms. As soon as T started school we were then thrown into school events and meetings, and in no time our calendar was full of appointments and things we needed to get done before the next week. If it’s not making sure we complete his reading record, it’s arranging school dinners and paying towards an event.

On top of that, we’ve been fortune enough to see our blog take off in different directions, from winning awards (still haven’t got used to saying that) to being invited to sone wonderful places and experiencing some magical things. I’ll never take this for granted.

The days are certainly long, but the months are flying by, and I can only assume it’s going to get faster the older (and busier) T gets. I’m not sure how we’re managing to fit it all in alongside work and trying to be sociable people, but the stress has been worth it. Here’s what our 2019 has looked like:

We started the year trying to retain some of the Christmas calm and spent a lot of time at home or in the local vicinity in January, but as soon as we were back to work we promptly got into the countdown to school, hikes, and holidays!

In February we took part in celebrating LGBT History Month in the UK and featured some of our favourite LGBT Families, you can read their stories here.

March saw a few bugs for us, but as soon as we were back to our normal selves we got out for another year of exploring by visiting a few of our favourite National trust locations as well as a couple of new farms! We even ventured outside of Sussex and explored a bit more of London.

Favourite posts: Time to Talk: We’re Not Machines, LGBT History Month: Why Our Son Will Never Be An Ally, A How-To Guide on Being an LGBTQ Ally.

April is always a busy one for us, what with both T and Sharon’s birthday in close succession. This year T hit the big zero four, and to celebrate we had a joint party with his best friend who’s birthday is the day after. As this was the last year where he’d properly see all his nursery and baby-group friends we thought we ought to celebrate it properly. For his birthday we also got him his first bike, which was a huge milestone for s boy who loves to scoot.

In May we went on holiday to Cornwall with his Granny and explored all our favourite places – some of which we hadn’t taken T to yet – and in the same month I explored my own mental health for ‘Mental Health Awareness Week’. I also celebrated by birthday!

In June T went on his first flight after Sharon won an award at work; resulting in a holiday to Corfu, Greece! Despite being part Greek, I’d never been to the country but it’s now absolutely one we would want to visit again. It was pure paradise and T had the best time eating copious amounts of ice cream and olives whilst playing in the pool.  Later on, Sharon and I took ourselves off to London for some quality time together and saw P!nk at Wembley.

Favourite posts: An Interview with T at Three, How to Build an LGBTQ-Friendly Library, My OCD and Me.

If we thought April and May were busy, the next quarter his us like a frying pan to the face! In July we saw our annual visit to Camp Bestival, with this one being our best one yet. Not only did the weather help, but the line up was fantastic and the company was even better. Not only were we surrounded by some amazing people, but we were able to invite one of T’s nursery friends. Oh, and I also happened to be one of the speakers whilst at Camp Bestival., chatting alongside Tom from Unlikely Dad and the ladies from The Hotbed Collective.

August was Pride month for us, with Brighton Pride taking priority. We lucked out with the weather again, so managed to stay out for the majority of the celebrations. August also continued our blogging luck with a feature in Blogosphere magazine as well as a collaboration with IKEA!

September saw us reach the beginning of the biggest milestone to date; school, which I think I’ve exhausted as a subject already. The first few weeks were hard, and even now I find myself dropping balls, but we’re getting there and T could not be happier about being at school.

With one milestone came another, with Sharon taking part in her charity hike for Macmillan Cancer Support in memory of her dad. It was a gruelling walk along the Sussex coastline, but Sharon completed it, and I could not have been more proud of her.

Favourite posts: Busting the Myths on LGBTQ Education in Schools, Our Top List of UK LGBTQ Bloggers & Influencers (So Far!), A Letter To T After His First Week of School.

After what felt like a brief summer, we were quickly thrown into the build up to Christmas, however not before fitting in another family holiday, this time to the Isle of Wight. We’d never visited the island before as a family so we thought we’d treat T to a little break after his first term at school. You can read about our holiday here.  Later on in the month we also took a few trips to London, with a visit to Wembley Stadium to watch The Lionesses and then a stay at YHA Central to see the Christmas markets and Winter Wonderland!

As bloggers, we were awarded Vuelio’s ‘Best UK LGBT+ Blog’ for 2019 which is still something I can’t quite believe happened. We were nominated alongside some amazing (and much bigger) content creators and, therefore, did not expect the win. To, therefore, have our name called out, for once, silenced me.

🌟”Best UK LGBT+ Blog”🌟 is probably not what I expected to hear this year – if ever. . Honestly, I can’t quite believe it. We went to the @vuelio awards just happy to be there, so when they called out ‘Lesbemums’ I immediately started clapping, as if it wasn’t us they were calling out. It wasn’t until @ourtransitionallife started shouting at me to get up that we made our way to the stage. Surely they didn’t mean us?! I’m still in shock now. . I am as detached from the word ‘Influencer’ as possible, and I didn’t start writing our blog to win awards or work with brands. I started so that I could raise awareness and increase visibility for families like mine, which often comes with many hurdles, but the lovely folks at Vuelio have now given me the boost I’ve needed to keep doing what I’m doing. . As well as winning the prestigious award, myself and Sharon had the most amazing time last night – meeting and chatting to some amazing content creators and all round decent people who, in my opinion, are leaders and fine examples of how you should work in this industry. These people are more than just “colleagues”. Much love to @ourtransitionallife @theguyliner @thatchamdad @daddyanddad, @dadsdeliciousdinners and @dadbloguk, as well as the category sponsor @gaynongay. #OIAwards19

Finally, just before the Christmas holidays, the folks at LGBT Stockholm invited us to Sweden for the weekend; an absolute trip of a lifetime for us. We not only learnt so much about the country and it’s rich history, but we explored the gorgeous Christmas markets. I later commented that the country made me feel the safest I’ve ever felt as a member of the LGBT community. You can read more about our trip here and here.

As soon as we returned, we finished off our last few days at work before promptly shutting down for the year; celebrating Christmas as just the three of us – something we haven’t been able to do for a few years. Routine went out the window, as did any form of healthy eating (does a Satsuma on the plate count?). It was a wonderful time and the perfect end to our year.

Favourite posts: OCD Awareness Week: Things Not to Say, Our Favourite Children’s Books About Mental Health and Wellbeing, The Vuelio Online Influencer Awards: What It Means for Bloggers Like Us.

This year has probably been the busiest one yet with T starting school, as well as the blog being able to offer us some amazing opportunities, something which I will never take for granted.

Although with each year I’m sad to see T get further and further away from the baby I once knew, it’s a privilege to watch him grow into this amazing human, as well as be able to give him some wonderful experiences. 2019 has been truly incredible, I can’t wait to see what 2020 brings us and what new things we’ll explore. 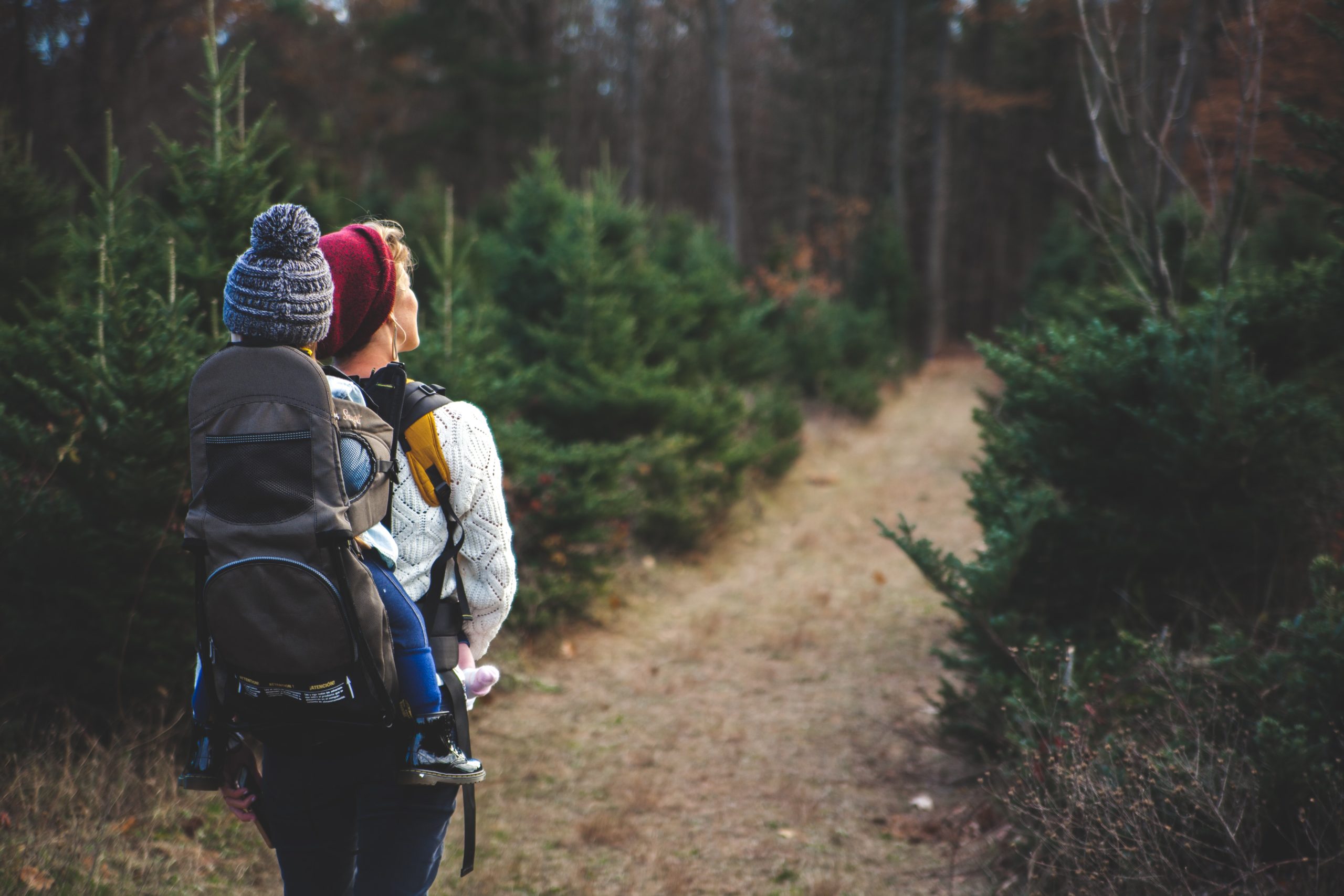 Education Outside of the Classroom: Teaching Our Kids New Skills31/12/2019 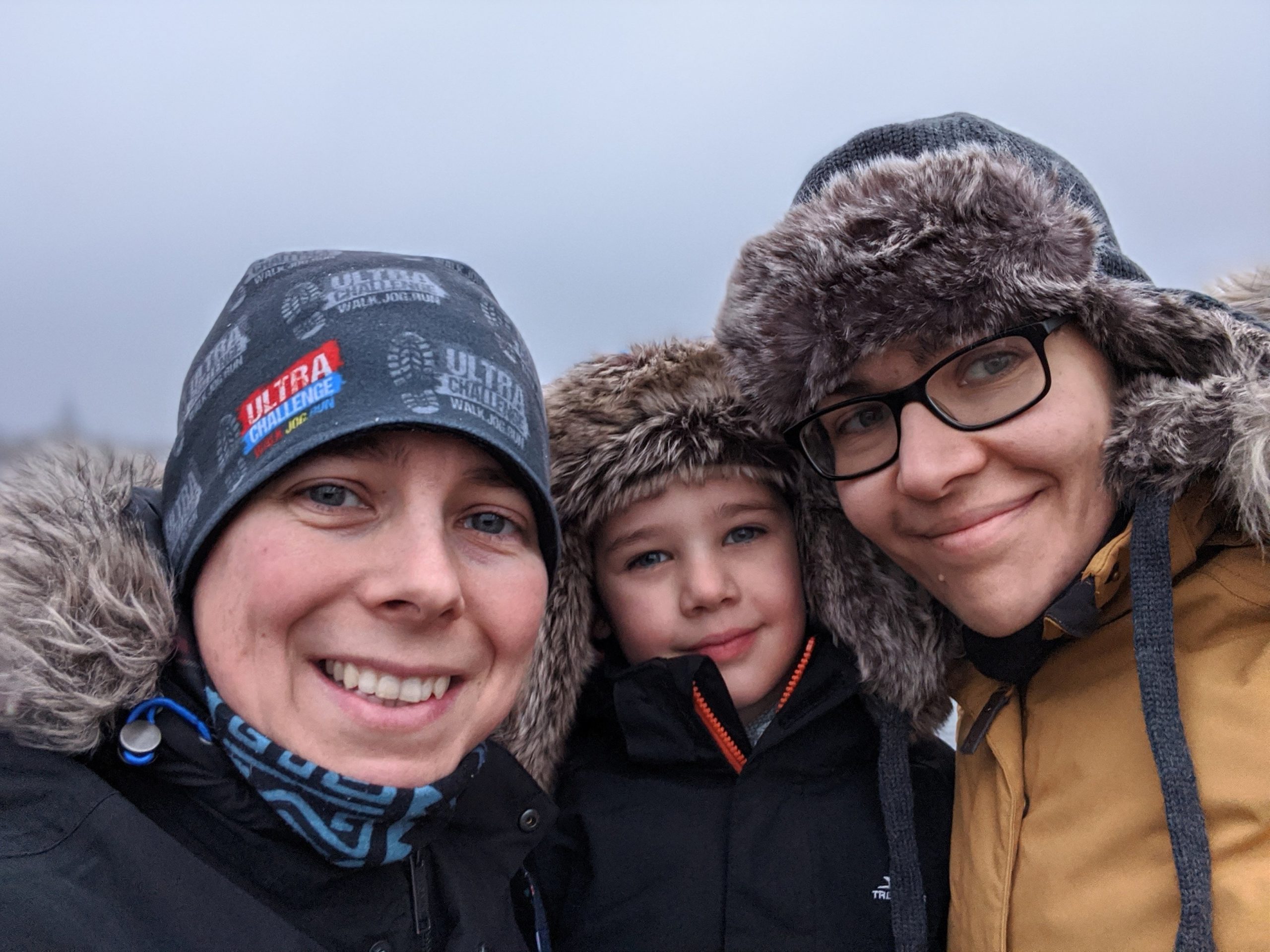