We’re pretty gadget happy people in this household and often get very excited when it comes to new releases and updates – although I can’t quite swallow the price of a new iPhone yet so that is going to have to sit on the shelf for a while.

When it comes to finally choosing a gadget, we always take into consideration whether it’ll make anything easier or more convenient for us, whether it’s fun and easy to use, and whether it’s worth the money!

For the past few weeks we’ve been testing out the new Roxi by Electric Jukebox – a music entertainment system where you can listen to, play with, and sing along to music from a several million song catalogue from around the world, this also includes radio stations, as well as playlists based on genre or mood!

Main Device or “Hub”.
Remote / Microphone.
1-Year Premium Music Pass (assigned to your box) – this enables you to have ad-free listening.

When the Roxi arrived I was impressed with the slick packaging. There wasn’t any wasted packaging surrounding the item and the quality of the packaging meant that my item wouldn’t have been damaged in transit. Once out the box, the product didn’t feel cheap and the controller felt solid.

Set up is super easy, just plug in your Roxi, connect it to your television and wifi and you’re set up. It’s that easy – taking us around 3 minutes. I did find the power cable to be a little short – but thankfully ours is near a socket so we found a way around it by just moving a few cables around. But for those with limited room or with sockets away from their television, I would imagine this would be a problem.

You’re given a year’s premium pass as part of the package; which enables you to have ad-free viewing. This pass is already registered to the box so you don’t even have to enter any fiddly codes. Within minutes we were searching for music and creating a playlist.

Using the remote is just like using a Nintendo Wii – just point and select ‘Ok’ on the remote once you’ve found what you want. You also have the option to search using voice command. We initially had an issue with our remote not recognising our voice but their customer services replaced it immediately. Once the replacement arrived a few days later we were able to search using our voice and sing along to songs (sorry neighbours!).

One of the key features I noticed about the Roxi was that whilst you can create playlists, you can also create settings to avoid explicit content – this is via the ‘Family Protect’ option. This means you can still enjoy your favourite artist during the day but without the fear of an f-bomb appearing in front of the children.

We selected P!nk for the evening and was given the option to play certain albums or single songs, we were also given options to listen to songs that were titled ‘Pink’. Within our selection,  we could then favourite or add them to a playlist. We found we could also browse the device whilst the songs continued to play.

Our Roxi is primarily used to listen to music, however we did enjoy playing a few games. I enjoyed playing ‘Name That Tune’ although due to the vast number of tracks available I often got stuck with a few stinkers that I didn’t know. Perhaps this is something I can tweak in the settings, or simply get better at!

I don’t do karaoke, so this was Sharon’s zone. For Sharon, once the remote was replaced, she found that the device was really clear in recognising when you were singing, and you were able to hear your own voice on the television against the artist that was singing (not a fake tribute – the actual artist). Sharon also found that the device picked your voice up clearly regardless of how close you were to the remote. The remote also didn’t seem to have any issues picking up the more difficult sounding artists or obscure albums.

The design and the layout of the Roxi is faultless. It’s clear and bright, and I welcome the simplicity. You’re not bombarded with icons and menu options that go deeper than Aladdin’s cave. You’re given a handful of options at the start that are to the point – that’s it. There’s no repetition and it’s very difficult to get lost. I also like the idea of having music and endless karaoke at your finger tips.

The only issue I have with a Roxi is the cost. One of these will set you back £199 at the moment. Is it worth it? I don’t think it is, especially as it is limited to that one device as opposed to being able to connect your phone.

Sure, you have access to millions of songs and you’re invited to have a lot of fun with your own karaoke in your lounge – and we did have fun – but on top of the initial lay out you also have to pay a subscription fee once your first year is over if you want ad-free listening. At the moment, this is £52! I would probably like something else with this cost like the option to take my music or gaming on the move, or even have the option to watch music videos.

Although this device is brilliant for parties – seeing as you’ll never run out of music and the device doesn’t risk your guests messing up your phone whilst they search on Spotify, for example – I don’t think I could justify the cost. It definitely beats having to change CD’s and if you were to purchase the year’s subscription it works out as £1 a week which is cheaper than Spotify or Apple Music. It’s also ok if you don’t decide to pay the subscription fee – the device is fully functional, but who wants ads?

If you’re thinking of getting one I would definitely have a think about how much you would actually use it. If you don’t have any other subscription service then this is cheaper than well known ones as you do have a HUGE catalogue of well-known music to choose from. Likewise, if you’re a party household or enjoy auditioning for x-factor then this is the device for you. But for one off parties or if you don’t think you’ll use the device regularly I don’t think you get value for the hefty price tag.

Fancy Winning your own roxi?

The folks over at Electric Jukebox are offering ONE lucky winner the chance to win a Roxi worth £199! To enter, just follow the link:

Open to UK residents only.

The prize will be sent via ‘Electric Jukebox’ and not via LesBeMums.

No cash alternative. Prize is non-transferrable.

This giveaway is run by Lesbemums on behalf of ‘Electric Jukebox’. If you have any additional questions – feel free to send us an email!

This promotion is in no way sponsored, endorsed or administered by, or associated with, Instagram or Facebook.

We were given a Roxi music system in exchange for an honest review, however all thoughts and opinions are our own. 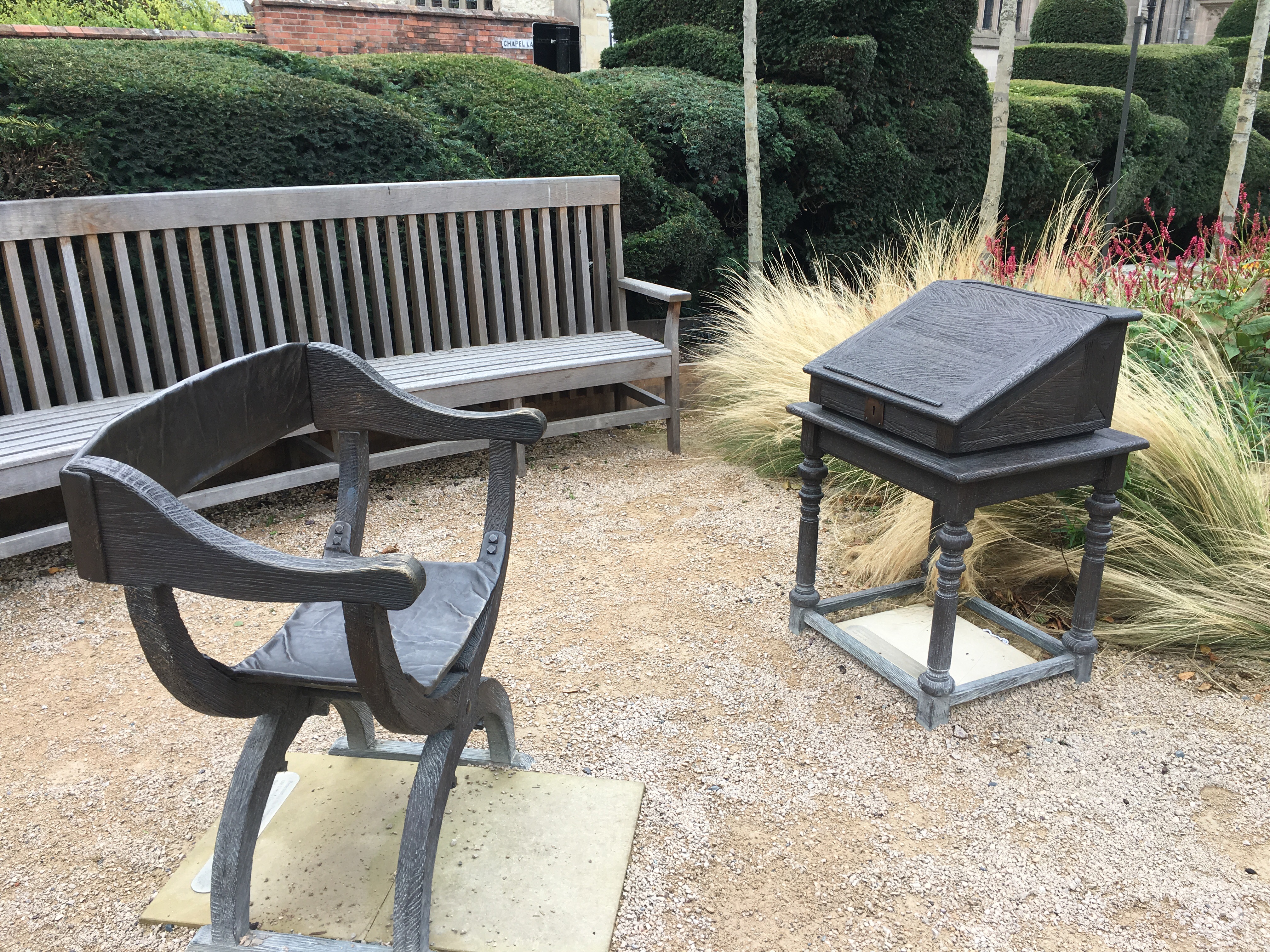 SIMPLY THE BEST!!!!! by Tina Turner

I do love to sing summer nights with my hubby

Would most likely be one of the songs from Disney Descendants film coz that seems to be all i hear day and night at the moment from my crazy girlies lol :p

I will survive! Classic karaoke tunage! 🙂

Has to be my karaoke classic Love Shack!

I would sing Adele Hello

This looks so cool

if I can dream by elvis presley

We are the champions – queen

I would sing dancing queen

Bon Jovi – Livin on a prayer! One of my favourite songs.

How long will I love you x

I get no satisfaction-The stones

Son of a preacher man

bon jovi livin on a prayer!

Livin on a prayer

Whitney Houston – I wanna dance with somebody

Fly Me To the Moon by Frank Sinatra. I think it’s within my vocal range.

empire state of mind…. I’m dreaming of a trip to NYC for my very big birthday that is approaching! (unfortunately it will just be a dream!)

I will survive by Gloria Gaynor

I Wanna Dance With Somebody

Living on a Prayer

Walking on Sunshine – Katrina and the Waves

Let it Go from Frozen

Bon Jovi – Living On A Prayer.

As its near Christmas! Last Christmas- George Michael.

Back in Black by ACDC ! I would rock out!

Burning Love by Elvis!
This looks brilliant! Thank you!

Has to be Gloria Gaynor, I will Survive. Karaoke Classic.

bat out of hell – meatloaf

It would have to be a totally high pitched, over dramatic song. Probably either Mariah Carey or Whitney Houston of course 🙂

i’d sing who let the dogs out woof woof!!

I think it would have to be rule the world by take that.

Um, it would have to be anything by Led Zep – my all time favourite,

I don’t want to miss a thing. ‘Aerosmith’, thankyou for the competition x

We are the champions by queen

build me up buttercup

It would have to be Christmas songs with my daughters !

It would have to be ‘The winner takes it all’ lol

In timing with the festive period, it would have to be my all time fave xmas song – mariah carey – All i want for christmas is you

Song 2 by Blur. Easy to follow words and nice and short so as not to torture people too much with my tone deaf voice!

Bon Jovi – Living on a prayer

You’ve got the love – Florence and the Machines would be my 1st song.

All I Want For Christmas Is You – Mariah Carey

That’ll be the day (Buddy Holly)

I will survive – Gloria Gaynor

Without You by Nilsson

Something from a musical, probably defying gravity from Wicked!

I would sing Yesterday

All I Want for Christmas by Mariah Carey! hehehe

Rocking around the Christmas tree

Driving on for Christmas by Chris Rea. Wonderful prize.

I would sing All I Want For Christmas Is You, absolutely fantastic I love a Karaoke xx

The first song I would sing is “Don’t stop me now” by Queen. Because there’s no way I’d be stopping once I start on a karaoke machine, Hehe.

Don’t Stop Me Now by Queen

Give Me One Reason – Tracy Chapman!

If you heard my voice you wouldn’t ask me to sing, I would mime to 99 red balloons

I would start with 9 to 5 by Dolly Parton and then I would probably not be allowed to do much more.

I would sing Sound and Vision by David Bowie.

Bat out Of Hell by Meat Loaf is my karaoke favorite . Fab giveaway would love to be your lucky winner

Living on a prayer!

I want to break free by Queen

We Are Family …with my children!

It’s got to be I Wish It Could Be Christmas Everyday!