Our Holiday to Cornwall (2020) & Cornish Glamping!

It feels like an age since we last visited Cornwall, however it was only last year! I guess with lockdown making everything feel like it’s on pause, as well as the amount of visits we’ve done to Dorset since then, it feels like it’s been a while.

Before we found Dorset, Cornwall was always our go-to happy place, and whilst we won’t ever turn down an opportunity to visit, the distance and journey to Cornwall certainly now makes Dorset our number one place to holiday (aside from overseas, obvs!).

This year, we decided to give Glamping a go, and when lockdown was offiicially announced in the UK it couldn’t have been better timing as we were still allowed to travel as no one else was going to be in the field with us! We were still going to be conscious of social distancing, etc. but it meant we could still sneak in a holiday for 2020.

When we initially booked our break, we had booked to stay from Sunday to Wednesday, however as there was no one else staying in the field we were offered an extra day, which we were never going to turn down (even though T had had his best friend round for a sleepover the previous day!). So, after dropping T’s buddy off in the morning, we made our way down to Cornwall.

If you’ve never visited, Cornwall is around 5-7 hours away from Brighton (this includes 1-2 stops) depending on whereabouts on the coast you’re staying. Our location was near to Penzance which is almost as west you can go in the country. We usually stay more East, near Newquay, as anything further adds an extra hour or so onto your journey, but as T is older (and with a stronger bladder!) we decided to venture somewhere new this time.

Arriving late afternoon, we eventually found our campsite and was introduced to our bell tent for the weekend. If you fancy reading more about where we stayed, we’ve written a review here. There’s also a link to the AirBNB in the post!

The location of the campsite itself was also perfect. It was a half an hour walk or a 2-3 minute drive to the beach – which felt more like a ‘locals’ beach. There was also an amazing chippie down the road, which made our dinner that night easy! Penzance – the main town – was only a 20 minute drive which gave us access to the larger supermarkets. From here, although we didn’t venture out that far this time, you can get to Lands End and other major towns. It was literally the perfect location.

After unpacking and settling in, we woke the next morning to glorious sunshine and then headed straight to the yurt for coffee, which I think is THE BEST tasting coffee in the world alongside coffee after completing the food shop. As we didn’t have time to do a proper shop the night before, today was going to be dedicated to grabbing some essentials for the weekend. But not before heading down to the cafe on the beach for some breakfast and a paddle.

I cannot express how much I love the beaches in the West Country. As well as being sandy (which is a massive wow factor for someone from Brighton) they’re always clean and tidy. I may have been delirious by then, but I’m sure the water was warm. We spent a good two hours here, but I could have spent all day here, however our parking eventually ran out and we still had to do the shopping!

Before said food shop, we had a browse round Penzance, which was closed in most places, but it was quiet and we were able to mark any potential shops as worthy of a re-visit once they opened up on the Monday. Obviously, we then ended our trip in the local Ice Cream parlour and sat and ate Ice Creams (with clotted cream on top!) in the harbour.

That night, we had a quick pasta for tea and then gorged on s’mores cooked on the campfire (have I told you that their campfire was made out of an old washing machine drum?! Seriously, it’s Genius! (Sorry, Donna!)). T may have had two, resulting in him staying up for an extra two hours due to the sugar, but he was having so much even (even if he was playing footie in the pitch black with no shoes on).

After a thoroughly relaxing Sunday, we opted that Monday would be a more ‘adventurous’ day by deciding to explore a local National Trust location. We were going to go to St. Micheal’s Mount – which is also nearby – but times and numbers were limited, so we decided on Godolphin Hill.

The Godolphin Estate is a medieval property dating back to the 16th Century and details history relating to the family’s mining business. The surrounding estate, therefore, boasts lots of warning signs about hidden mine shafts!

After touring the manicured gardens and exterior parts of the property, we then headed outside to explore the surrounding woods and moors at the top of the hill.

When we reached the top, we briefly saw St Ives Bay to the north and St Michael’s Mount to the south before thick (and somewhat spooky!) fog literally rolled in in front of us. It didn’t last long, though, and after a few minutes we were able to take it all in again. The walk is just what we needed after all those s’mores!

On the way back to the campsite, we then explored a few of the local villages, even finding one that had the most incredible rock pools to explore. If you’ve not visited Mousehole, you really must! Park at the Rock Pool Cafe and you’re in for a treat. A local Deli in the harbour also sells some amazing Cornish Pasties (including Vegan ones!).

Half way up Godolphin Hill on Monday, Sharon received a weather warning (and a text from our lovely host) letting us know about a freak storm that was heading our way. It was completely out of the blue, as up until that point we had decent weather forecast, so we had to make a decision as to whether we should stay on. Seeing as we’d stayed at Camp Bestival during *that* storm we decided to stay and see it out.

When we returned, our host had kindly prepared us some hot chocolate and hot water bottles, as well as kindly let T borrow some Lego from her children’s stash. This came in very handy later on when we decided to hit the sack early and remain in our tent. That evening, we played games, read books, and generally relaxed. The wind outside, however, was starting to build.

That night, the storm was tremendous and whilst T slept soundly – how, I don’t know. Sharon and I dozed between gusts. Although we had an awful night sleep due to the weather, and worrying whether the mast was going to come down (it didn’t), we still felt safe inside the tent. By the morning, though, we had adopted a few puddles! Thankfully, it wasn’t due to leaking, just soft ground which happens naturally. We only lost T’s luggage and a few books due to the water, however unfortunately this did result in us making the difficult decision to head home a day early. We were gutted, as I’m always going to want to stay in Cornwall, however with the storm not quite over (it was apparently due to return that night) and with a lot less clothing for T, we made the right decision in heading home.

The good thing about glamping is that someone else deals with the tent! This means once we packed the car and washed up the final bits from the kitchen, we were on the road and heading home, but not before heading into Falmouth for the morning. We’d never been to the town, as we’re not often nearby, but seeing as it was on our route home give or take a slight diversion, we thought we might as well visit.

If you haven’t ever been, Falmouth is a typical Cornish seaside town, but with a lot more dogs! Everywhere we turned there were dogs being walked and signs offering doggy Ice Cream! It’s certainly one we’ll re-visit when we’re not restricted on time. There were gorgeous plant shops and things for the home, and lots of places to eat! Although we spent most of the morning walking around, we still hadn’t covered half of the town.

As always, we had such a lovely time away – even if we had to cut it short. Although we were relatively busy, we came back feeling relaxed and recharged. There’s definitely something in the water! 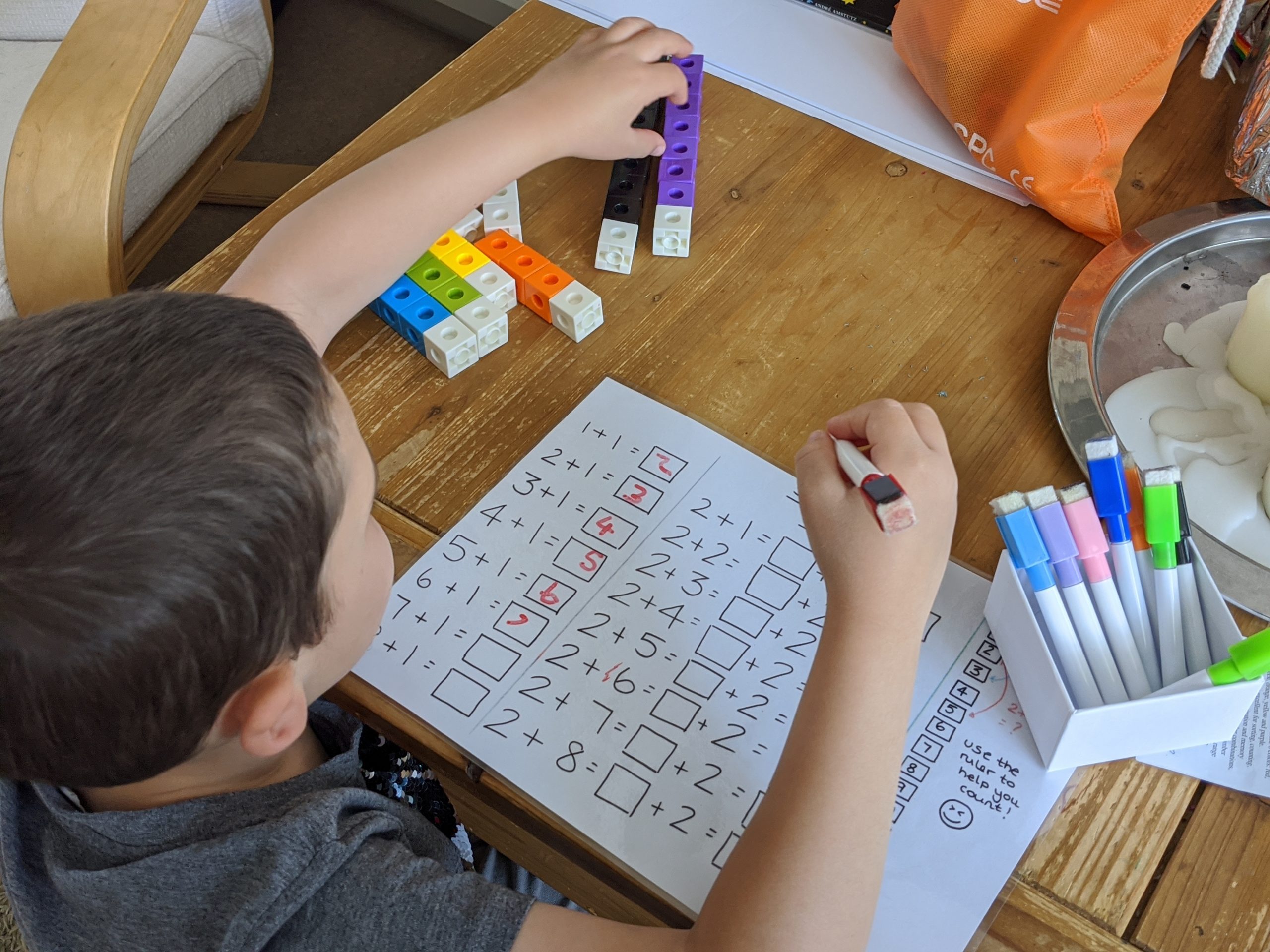 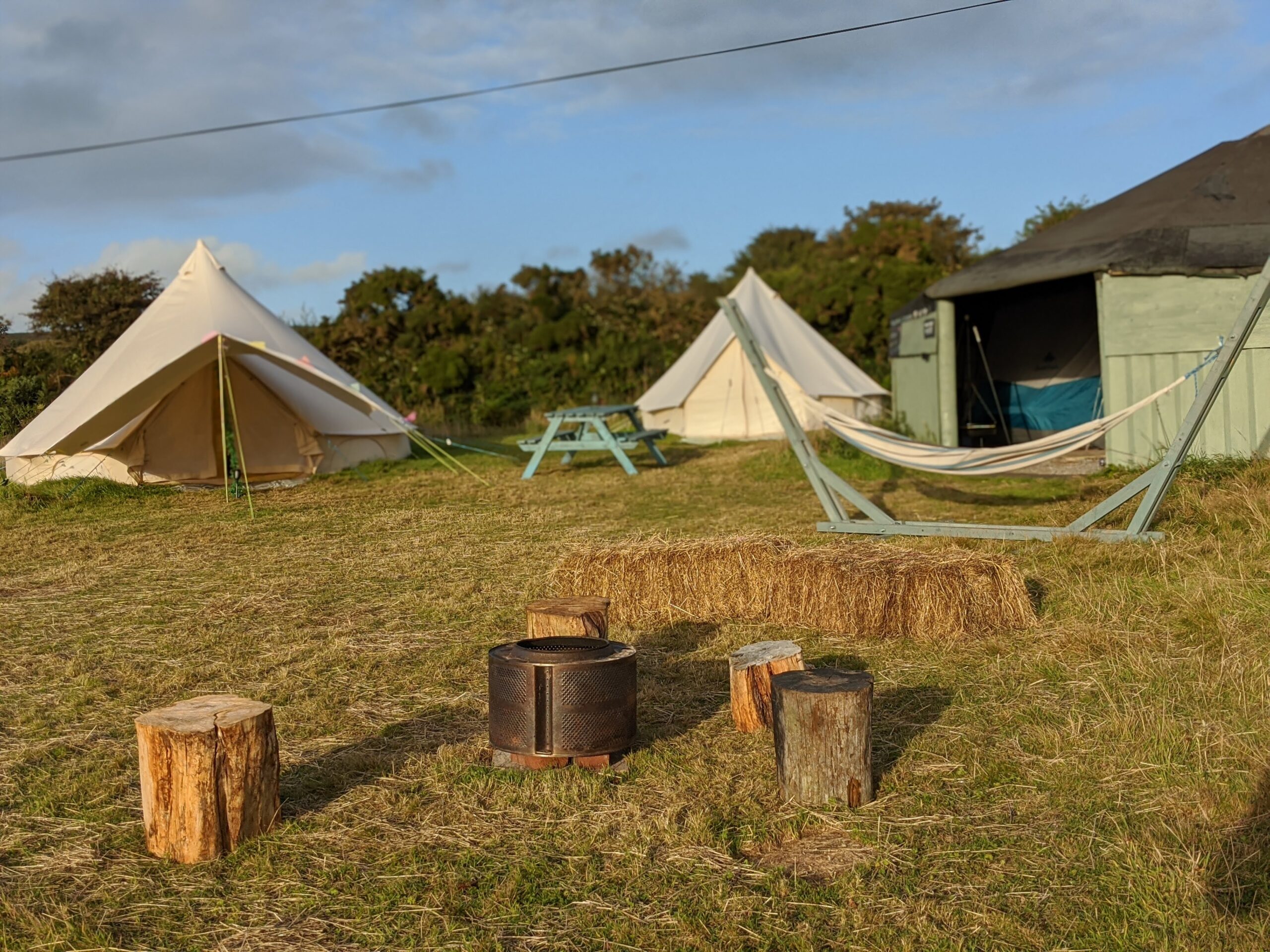