Starting this update with a bang, T had an amazing first birthday and got spoilt rotten by friends and family.

We decided to go to Marwell zoo on his actual birthday and then have a party on the Saturday.

Marwell was wonderful. Despite the on and off rain, we still had a lovely day. T was awake for the giraffes; which are at the beginning, but then promptly fell asleep! He then woke in time to see an emu, which he enjoyed immensly.

At least this way it meant S and I got to spend some quiet time with each other; reminiscing about the past twelve months.

We’ll write more about our day trip later, but the day itself was brilliant. T actually woke up on time, meaning we got to do everything and leave the house on time. I’m also pretty sure he woke up taller.

The party on Saturday was so much fun. The house was full of colour and as usual we did enough food to feed a small army. S did all the cooking and I was left to get creative with banners and bunting!

As expected, we made sure T looked as dapper as ever. Suprisingly, that white shirt remained white throughout the whole day!

Within a few minutes of everyone arriving, there was a wonderful hum coming from all the chatter and play. It was lovely to finally watch all our friends children play together.
Despite only having a 30 minute nap, T lasted the whole day without getting crabby. The food he gorged on probably helped though!Because of the size of our house, we were unfortunately limited to inviting only family and close friends, however we’re hoping to organise another social gathering in a few weeks at a local park for his other friends.

******In other news, T’s movement is coming on leaps and bounds, literally. When he’s using his walker, or us as balance, he can pick up quite a decent speed if his path is free.

He really enjoys walking, especially when he’s outside. I’m impressed how quickly he’s picked it up since he started less than a month ago. He loves the “freedom” (as does his gut, which moves a lot more freely now) but his head is often faster than his feet (and us). I can’t wait to be able to chase him or him chase us.

Weaning went back a few weeks at the start of the month thanks to a sickness bug that he picked up from somewhere (no idea where, but I was pretty angry about it as it messed up his nursery settling in sessions). One night, he just woke at 1am, had a feed, and then just threw that and his dinner back up and then proceeded to do so until he just fell asleep through exhaustion at 4am. The next day wasn’t any better as he continued to be sick after most feeds – it was like a game of roulette as to whether he’d be sick on me. Thankfully, everything calmed down by lunchtime the following day, however he’s only just got his appetite back now.

Staying on the subject of appetite, I got my golden boobs award as soon as T hit 12 months. I’ll probably write more about this later, as I don’t think I can do it justice here, but for now I just want to say that I’m incredibly proud of myself (which isn’t something I say often!). I remember T’s first feed like it was yesterday, and although it’s been tough at times and exhausting both mentally and physically, I’m glad I stuck at it.

As mentioned, T started nursery this month. The first day went surprisingly well. I dropped him off and despite him watching me leave, he didn’t cry once. Instead, he made his way to the table ready for lunch. He then proceeded to play until pick up. What’s more is that he’s also started napping at nursery! This is huge as not only does he usually need boob to nap, but the nap has to be on someone (unless we only want a 30 minute nap) – nursery has quashed both these factors as he’s slept in their crib a few times now AND without milk – I’m still trying to find out their secret! Saying that, I’m in no rush to move away from baby snuggles.

My first day back at work once T was dropped off went, again, surprisingly well. It felt like I’d never left and apart from the phone systems, I carried on where I’d left off. It was great. Deep down I was glad to be back. Jokes aside, I enjoyed being “me” again.

So this is going to be my last official update until T hits 18 months. Thanks to work, I now have less time to blog, and to be honest, there won’t be as many milestones anyway. I will continue to write where I can, especially when the big milestones happen, but I’m afraid I won’t be doing the monthly ones. If you’ve followed from the start, thank you! I’d love to know what your favourite month was! I think mine was…

At this point, I’d like to thank Lauren for hosting our monthly #whatmykiddid linky. Like me, Lauren has also returned to work following maternity leave, so the reigns for the monthly linky have now been passed over.

I’ve really enjoyed linking up as its not only encouraged me to write the updates, but I’ve been able to read about other growing little ones. If you’d like to join in with any updates about your little one(s), feel free to follow the link with instructions.

As we enter a new chapter, I have no idea what it’s going to bring us. Fingers crossed for independent steps, and within the next 12 months, maybe even words! I’m still saddened when I think T is moving further and further away from being a baby, but it’s now becoming really exciting. 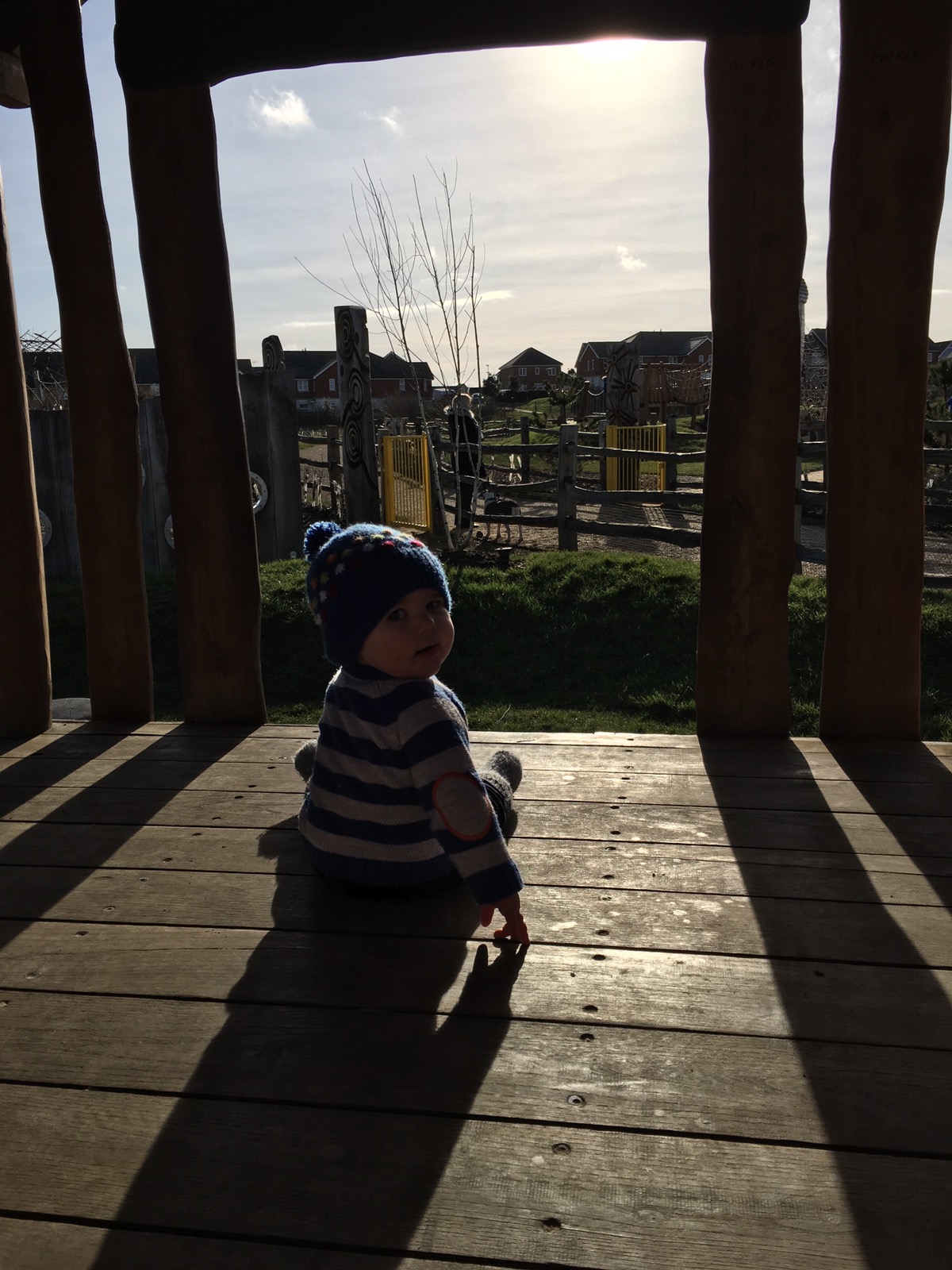 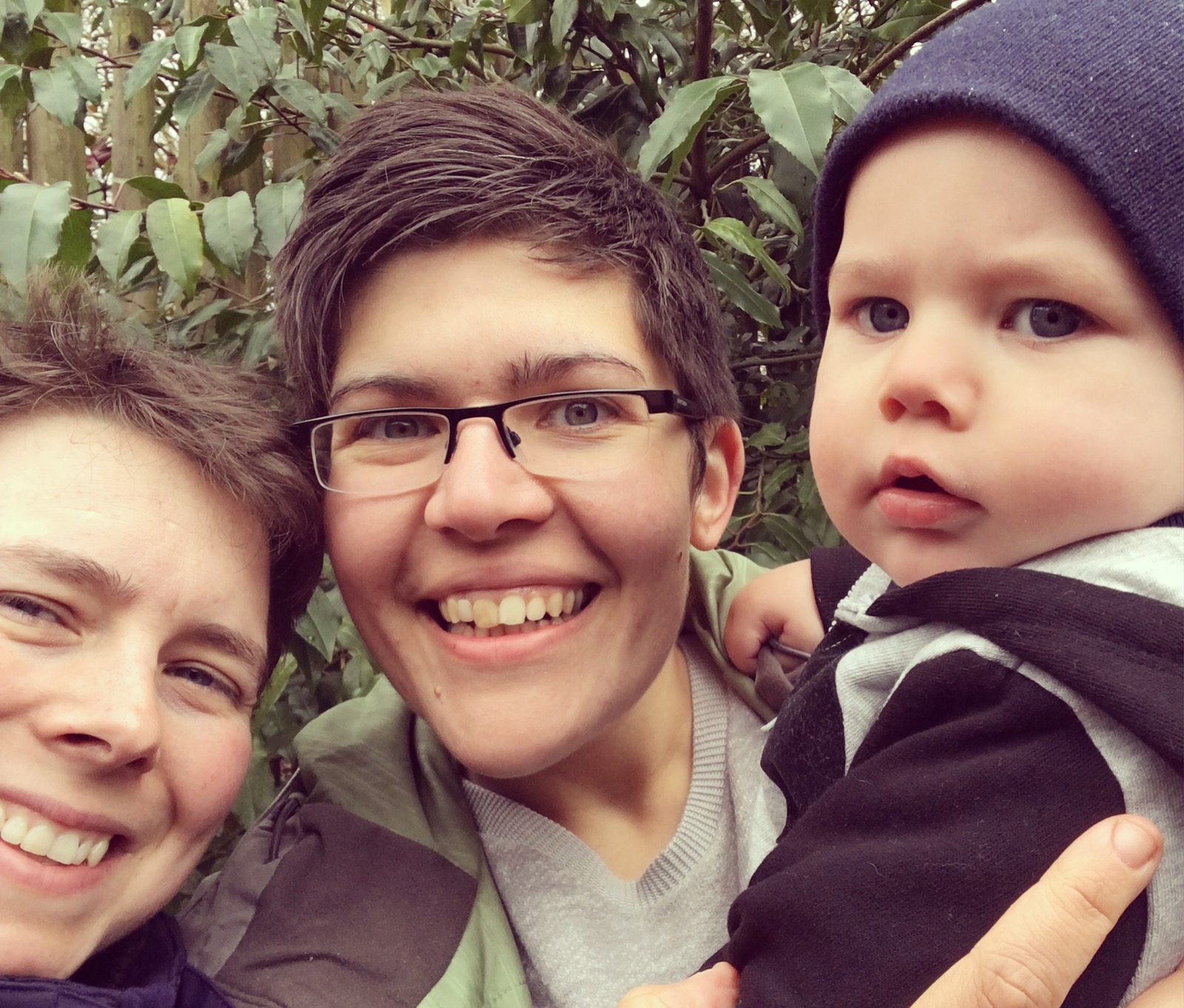 Ah a gorgeous update! I’m so glad going back to work wasn’t too bad after all. A huge happy birthday to T! Sounds like it was a wonderful time. What a happy lovely time….well apart from the sickness, we can all do without that, ugh.

I agree that he ‘woke up taller’, he suddenly looks like a little boy rather than a baby! He is such a cutie, and what a special milestone for you all 🙂