I studied Shakespeare during my GCSE’s and again at A-Level as I enjoyed it so much. I always enjoyed reading the plays  as more often than not there were hidden messages – whether it be around politics or racial issues. Despite the tragedy, they were often beautiful pieces of writing that went into great detail (if you understood it, a lot of detail!).

So when we were invited for a weekend of Shakespearean history I couldn’t say no.

Starting at the very beginning (literally) we arrived early on Friday, after a shortish drive from Brighton, in the centre off Stratford-Upon-Avon. Here we not only found Shakespeare’s Birthplace but also the Shakespeare Centre which houses various collections and manuscripts.

Entry was gained via the main visitors centre, which is where we were invited to view the trust’s most recent exhibition and how Shakespeare has featured over the years; from modern theatre and film to The Simpsons! Once we had a look around, we then made our way outside to view the property itself.

History Lesson: Born in 1564, Shakespeare grew up here and then spent the first 5 years of marriage to Mary Arden here. William later inherited the house in 1601 after his father, John, died. William then leased part of the property as an inn until 1847 where it was then purchased by The Shakespeare’s Trust.

As expected, the property is stunning and barely touched –  with beautiful gardens surrounding the house and plenty of room to see the property in full view. What makes this property a little bit unique is that you also have the added bonus of ‘Shakespeare Aloud’ – which is a fantastic opportunity to hear your favourite songs or sonnets heard in person from professional Shakespearean actors! This feature really sets the mood.

Once inside, we were welcomed by staff dressed in period clothes who advised us where to go and what to see. The rooms, as expected, were a little tight to get around, so we often took it in turns to read and look at things; in fear of the toddler damaging furniture centuries old! This went the same for the gift shop – although Sharon had to also keep an eye on me as I was tempted to buy a lot of books!

My favourite piece from this location was probably one of the feature windows that housed various etchings and signatures from famous names in literature (something that was a tradition in Tudor history, apparently, when you visited a property), these included; Charles Dickens and Walter Scott.

After stopping for a bit of lunch, we then had a short walk to our next location; Shakespeare’s New Place.

History Lesson: This was William’s family home from 1597 until he died in 1616. Sadly, the house was then demolished in 1759, however a garden was soon put in place to commemorate the importance of the site.

Throughout the modest property is an array of artwork and exhibitions detailing the history of the property. The main outside area cleverly marks where the house would have sat in it’s location, which is complemented with the aid of engraved plaques detailing famous quotes. It’s believed a lot of the plays were written in this property and it’s shown in some of the pieces on display.

Once we’d toured the gardens we then made our way inside for a completely change of scenery; with an exhibition on the property past and present. Here we were presented with a large light display of what the property would have looked like, but within this we had the opportunity to interact with the piece by opening various drawers that contained historic pieces as well as look through the structure to view little slideshows.

What I enjoyed about this property is how the trust cleverly combined the old with the new!

What I’ve enjoyed about the #Shakespeare trail is how they’ve combined the (very) old with the new. Within a few locations we had trees that were planted in the 1800’s near a modern art exhibition detailing a location’s history and future. It’s pretty spectacular. Thank you @shakespearebtrust

The last property for the day was a visit to Halls Croft. Again, just down the road after a short walk into ‘Old Town’. By this time it was 2pm so we decided to finish on this one as the toddler was starting to lag after climbing several steep stairs and running around various gardens.

History Lesson: Halls Croft was the home to Shakespeare’s daughter Susanna and her husband John Hall; a renown physician who treated the rich and the poor. During it’s time as a family home and school sometime later, the house has had several alterations done to it – which is an interesting piece of history in itself.

Further away from the other properties, this house was a lot quieter – although I was glad, as we managed to score a personal introduction to the property and mini tour. Here we learned a few secrets as well as the history behind the renovations.

Surprisingly, a lot of the property is still in tact and untouched (even a tree planted in the 1800’s) but the quality makes you believe that a lot of work has already been done. There’s still a lot of the upstairs that needs to be brought back to life, but what we explored was wonderful. I especially enjoyed walking around the gardens.

After dinner, a good nights sleep, and the most amazing breakfast (who else loves buffet breakfasts?) we headed out for our remaining properties; starting at Anne Hathaway’s (not that one) cottage.

History Lesson: The 500 year old cottage belonged to the family of William’s courted bride-to-be; Anne Hathaway. The cottage remained with the family even after 1892 when it was purchased by the trust. After this point, the family cared for the property and enjoyed telling stories to the tourists that visited.

In comparison to the previous day, this was a massive change; with land galore for us to explore. Before entering the house we took ourselves into the orchards for a walk as well as ventured into the woods that was located at the back of the property.

After a short wait to get into the property, as entries were staggered, we were guided round part of the house and told several interesting facts about the house and the Hathaway family. Our tour guide was so lovely and made us feel very at ease; being the only family with a toddler – much to the displeasure of the international tourists surrounding us.

Finishing the tour in the kitchen, we were then invited to look around the remainder of the property, which had a wonderful variety of furniture that ranged in period as well as original photographs of the family.

We decided to finish our tour at Mary Arden’s farm as we knew this location would take the longest to explore and would likely be the messiest – so on went the wellies!

History Lesson: Built in 1514 by Robert Arden – Mary’s father, William Shakespeare’s Grandfather. This is one of few working Tudor Farms in England and details what life on a Tudor Farm would have been like for Mary and her seven sisters.

Being a working Tudor farm meant that everything looked pretty much un-touched; from the fencing to the equipment being used. It was a real treat to see. Arriving around lunchtime also meant we were treated to view a traditional Tudor lunchtime where staff were dressed in suitable attire and showed us how the family would have dined centuries ago. I was even made to curtsy!

Thankfully we were all stuffed from breakfast still so after the tudors finished their lunch, we carried on and toured the farm, seeing everything from cows and a bull,  sheep and goats that we were allowed to feed, pigs and rare breed animals, to a selection of birds of prey. The trail we followed also meant T got to play in the play park on-site too!

Although I found the other properties fascinating, I think Mary Arden’s farm was my favourite location as it combined gorgeous period properties and land to explore, plus animals! T probably had the most fun here too as we weren’t constantly asking him not to touch things or to slow down!

I would absolutely recommend visiting the various properties within the Shakespeare’s Birthplace Trust – whether it’s one property or all of them. They all hold their own unique qualities which are guaranteed not to disappoint; whether you want to find out more about the main man himself or explore a historic working farm.

I thoroughly enjoyed myself this weekend and when T comes to studying Shakespeare in school I’ll know exactly where to take him!

We were given a family pass to explore all of the properties mentioned in this post within the Shakespeare Birthplace Trust, as well as an overnight stay, in exchange for a review of our visit, however as always all thoughts and opinions are our own. 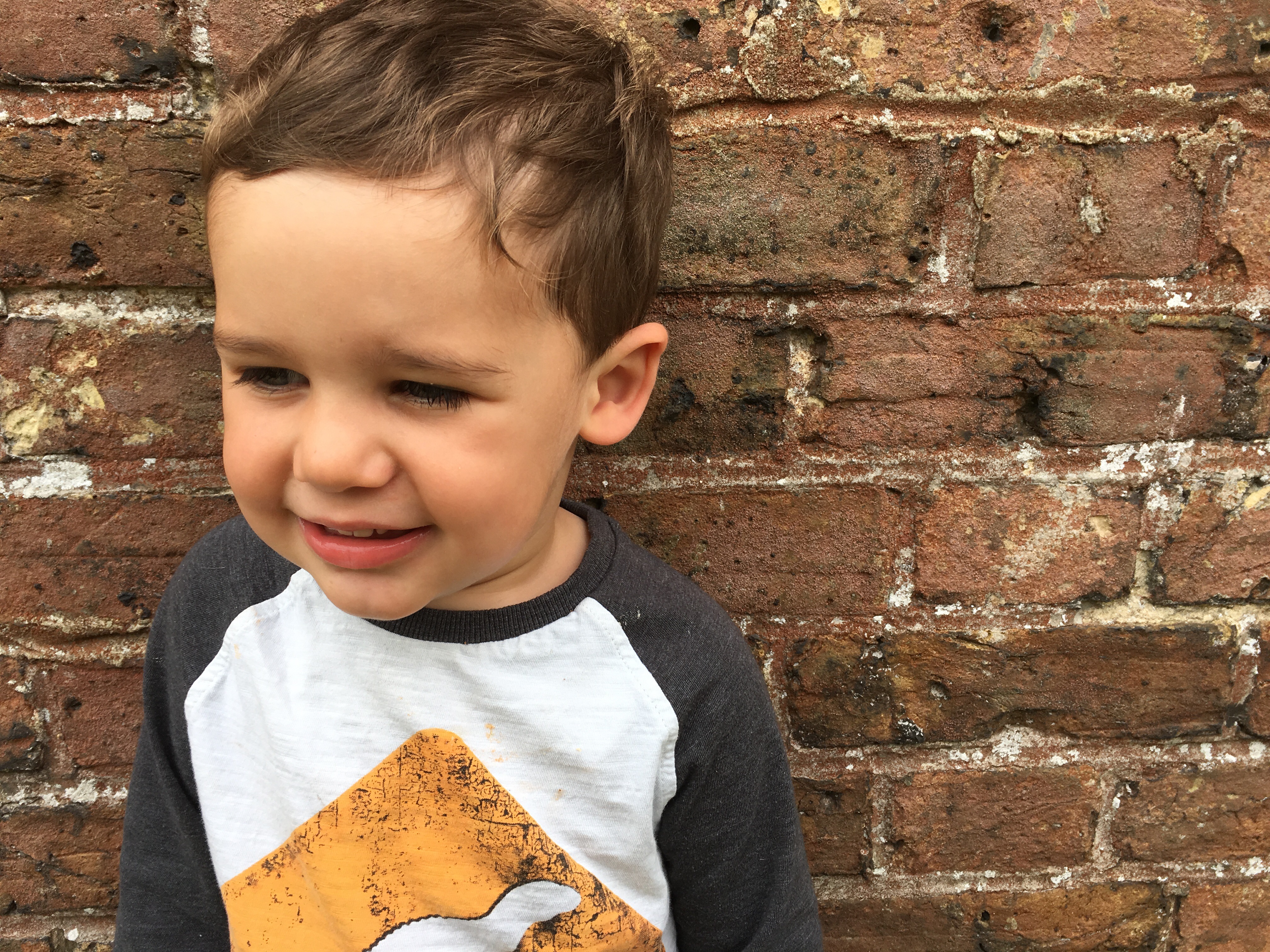 Oh wow, this looks brilliant! We love Stratford and we visited The Play’s The Thing at the RSC not too long back, but I haven’t been to the Shakespeare’s Birthplace Trust. We’ll definitely be checking it out, thanks very much for the recommendation!
Nat.x

I did this with my mum not long ago and I absolutely loved it! She’s an English teacher so it was obviously a big draw for us. The whole 3 in 1 trip is so well organised. There’s so much information, with performances and all sorts! It’s great for kids and adults alike, though not disability-friendly due to the age and structures of the building, but they’ve done the best they can!