Why I LOVED Zootropolis and Why It's So Relevant

Last weekend, we sat down for a family film and decided to watch ‘Zootropolis’ (or ‘Zootopia’ if you’re in the U.S). If you haven’t seen it, it’s about a modern day world where humans don’t exist and anthropomorphic animals do. Young animals go to school, older animals go work, you get my drift. It is obvious the Zootopia is today’s America.

As well as the awesome cast and gorgeous animations, the actual film was fantastic. The story was great and there were genuinely funny moments where I laughed out loud (Pixar have a wonderful habit of including adults in their films). It was a thrill to watch and I’d recommend you see it.

What do you call a three humped camel?
Pregnant.

But aside from all of that, what really captured me were the metaphors and messages behind the story that ran through the film like a river. Prejudice, Politics, Racism, and Culture. Without revealing spoilers, the film approaches these topics in such a way that it’s brilliant.

The film starts in a small town with a school play detailing the future careers of the young animals. The main character, Judy Hopps (clever, right?) wants to be a police officer and is laughed at (even her parents look at her in shock and despair). See, the smaller animals in this film have their lives set to the mundane, weaker jobs and bigger animals are left to the powerful, stronger jobs. Sound familiar?

I could go on about the other stereotypes in this film; the weasels are criminals, the gazelles are dancers, and the sloths work for the DVLA/DMV (this is a hilarious scene by the way), but what it all comes down to is how everyone is set in their way and change is frowned upon or deemed with suspicion.

Early on in the film, however, these stereotypes are challenged when Judy Hopps moves to Zootopia and finally becomes a police officer. But because of her size (and maybe even gender) she is undermined and not viewed as a “real cop”. She is, after all, the first and only rabbit cop. All the other cops are rhinos, wolves, and tigers.

Throughout the film these stereotypes are continually challenged, and through the strong scenes they encourage the audience to challenge them as well. My particular favourite is when the Fox, Nick Wilde, is automatically thought of as troublesome. Even Judy assumes he is up to no good, due to her own prejudice, when she first meets him.

As I said previously, Zootopia is today’s America – there’s no doubt about it – a place where anyone and everyone can come and achieve their hopes and dreams. But there are also constant racial tensions, and the minority are constantly oppressed.

There’s an agreed truce between predator and prey (in Zootopia) but there’s no way you can miss the way that prey is still controlled by predator; The Mayor is a Lion and the Chief of Police is a Bull, however it’s clear that behind the scenes the smaller animals run the show which comes to head later on when the delicate balance breaks.

This is when the story becomes really interesting.

Following a series of events, everything is undone and we see are scenes that mirror scenes of today. Protests, a mother pulling her child closer on the subway when a Lion sits down, shopkeepers refusing service to certain animals. It’s all a little too familiar.

Zootopia has a lot to share and bucket loads to say. Kids will love it, and adults will be left thinking. I was left with a feeling that change needed to happen. And soon. But as Judy says, it won’t happen overnight.

if you watch one film with your children this year make it this one.

I leave you with the ending speech;

Turns out, real life is a little bit more complicated than a slogan on a bumper sticker. Real life is messy. We all have limitations. We all make mistakes. Which means―hey, glass half full!―we all have a lot in common. And the more we try to understand one another, the more exceptional each of us will be. But we have to try.

So no matter what type of person you are, from the biggest elephant to [a] fox, I implore you: Try. Try to make the world a better place. Look inside yourself and recognize that change starts with you. It starts with me. It starts with all of us.” 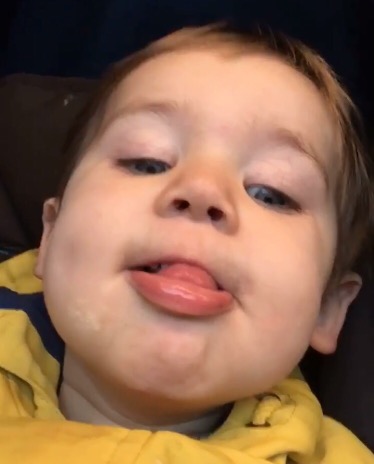 Fantastic post. We also watched Zootopia this week, in fact my two year old has watched it twice. It’s the first time she’s ever sat through a whole film but she was gripped. I love the message it delivers to children too – that they can do whatever they want if they try hard, even if everyone says they can’t.
Nat.x

Yes! Exactly that. It’ll definitely be one for our collection.

I absolutely loved this movie too, we don’t even have a baby yet and watched it anyway!
You’ve made some great points, it’s refreshing to see this kind of thing in children’s movies 🙂

The boys loved this film too and so did I. I love it when I can enjoy films that they love rather than trying not to fall asleep 😉

I love this film! Living in the US at the moment, I completely see and understand the link between Zootopia and today’s America. There are so many prejudices and stereotypes and the voices of the film handle the topic well, and deliver an important message! Love it!
A x
perfectingamy.com