Things I Wish I'd Never Started With My Toddler

Having a toddler is like owning a really intellectual sponge. They literally soak up everything they see before them, even when you don’t realise they’re doing it. They may look like they’re playing happily on their own but really they’re absorbing every word you say. I’m pretty sure T also has eyes at the back of his head.

Because T is always learning I try and get T involved in little activities around the house. From emptying the dryer to walking the dog – I like to keep him involved so that one day he’ll do things without thinking. Like maybe tidy his own room for example (hilarious, right?).

With all this in mind, there are now several things I wish I’d never started. Purely because T never stops doing them or he’s sucked the fun out of it.

At first it’s super cute; watching your little toddler run away with themselves whilst holding the dog lead, however very quickly the simple task of walking the dog turns into a battle of Dog vs. Toddler.

Oscar wants to walk a bit faster, so ends up whipping the lead out of T’s hands, and T wants to go in the opposite direction to the dog. Heaven forbid I just release Oscar from his shackles and let T hold the lead. No no.

Sitting in a dark bathroom is a regular occurrence in this house. Not because we haven’t paid the ‘leecy bill, but because as soon as T is light switch height, off it goes. No matter whether it’s a dimmer switch or pulley light it’s T’s for the taking.

If someone were to sit and watch our house they would often see something resembling a disco. I’m amazed we were able to hide from trick or treaters this halloween – although we won’t need to splash out on flashing lights this Christmas – T has this sorted.

The Washing Machine / The Dryer

This was my first realisation of knowing what things I shouldn’t have started with T.

What was an awesome little team game, turning a pretty dull job into something fun to do together has now turned into a game of ‘Lets Try and Break The Washing Machine’. How the buttons haven’t been permanently pressed in or the door handle ripped off is a question I ask myself daily.

T now even knows how to turn the child lock off and turn the washing machine off mid-cycle within seconds of me turning my back. What a clever little sausage (!)

Leading on from the previous example, what goes into the washing must come out and often into the dryer. What started as “shall we help mummy?” has now evolved into a guessing game of what T thinks needs to be put in the dryer. I’ll give you a hint – it’s never the clean clothes I’ve just washed.

So far, I’ve found Oscar’s toys, the baby monitor, my wallet and keys, and various items that T made wet using the water from the dog bowl and then kindly offered to dry them for me.

From the buttons at a pedestrian crossing to the buttons on a lift, T needs to press them. All of them. I used to be able to avoid this by simply not lifting him up to press them when it wasn’t time for T to press all the buttons from floor 1 to 20 – but he’s getting freakishly talk for a toddler.

I’m also not alone on this, I asked a few other bloggers and here’s what they regret showing their toddler:

Deborah from Country Heart and Home  says: “Letting her walk around the supermarket instead of sitting in the trolley – takes 10 times longer and I’m sick of abandoning the trolley to go running after her when she darts off!”

Leanne from A Slice of Wales says: “Aria helped me decorate the Christmas tree. She now thinks she can take the decorations on and off when she wants. That was a mistake!”

Jodie from Wigan Mum regrets Co-Sleeping. “At 2.5 she has never slept in her own bed (and she has one). Never again! We are going to work on getting her to sleep in it over the Xmas holidays.”

Jenni from Odd Socks and Lollipops says: “Scootering (is that a word) to nursery… we are never on time!”

Sarah from Toby Goes Bananas regrets “Letting him ‘have a go’ in the driver’s seat in the car. He now wants to do it on every single journey!”

Sophie from Sophie and Lily says: “My husband started allowing our 2.5 year old to put bread in the toaster, press the button and then take the toast out. But now he just wants to toast the entire loaf and there can be absolute murders about it!”

Carly from Mummy and the Chucks regrets “Getting them to tidy their rooms. EVERYTHING is under the bed or in random drawers and I have to take it all out again to do it myself”

Simon from Man vs. Pink says: “Watching Peppa Pig. I hate that pig. I keep pointing out that the ham she loves to eat is made from pigs like Peppa.”

Hollie from Thrifty Mum regrets: “My mother in law taught my son how to woof. Now that’s all he does. I cringe every time I see someone approach us in a supermarket as I know he’s going to woof at them!”

Jaymee from The Mum Diaries says: “Playing on my phone! Now every moment he gets he tries to sneak it away!”

Naomi from Me Becoming Mum regrets: My biggest regret is allowing my almost-3yo daughter to open parcels with me when they arrive at the door.

As I’m housebound pretty much all the time at the moment (pregnancy issues!) I did all my Christmas shopping online for her daddy. The minute they arrive, she asks to help open them, usually accompanied by, “me see, me see!”. I didn’t see the harm until she told her daddy the minute he walked home from work one day, what his main present was… Even though I’d told her it was a secret and a present for Christmas.

She understood, she just ignored me, because she’s a proper daddy’s girl! She started her conversation with him, “Daddy; I have a secret. Your present come today…”
Needless to say I don’t let her see what’s in anything that arrives unless it doesn’t matter if she tells him!

Paige from Paiges Preferences says: “Buying magazines. They are such a rip off now, he walks straight into whsmiths and says magazine time mom. My own fault, I used to buy him one every week at £2 now they are like £4″

Sarah from Arthur Wears regrets: “Letting him have a piece of my chocolate – for all of the obvious reasons! But mostly because now I have to share .”

Vicki from Tippy Tupps says: “Help with the washing up. Do you realise how hard it is to wash dinner dishes with a two year older between your legs while she attempts to flood the kitchen while building a tower out of the bowls, cups and glasses?! Very. It’s very hard!”

Kelly from Adventures in Tea and Cake regrets: “My lovely 8 year old daughter makes me cups of tea. The worst, palest, weakest waved-a-teabag-at-a-mug cups of tea imaginable. Bless her, I have to drink them too!”

Alana from Baby Holiday says: “My two-year-old once went into the hospital where my husband works when we dropped him off to have a look around. Now EVERY morning he insists on marching around daddy’s work while I sit in the car with a crying baby (he doesn’t like it when the car stops) but it’s easier to let him do it than suffer the tantrum.”

So what are your toddler introduction regrets? 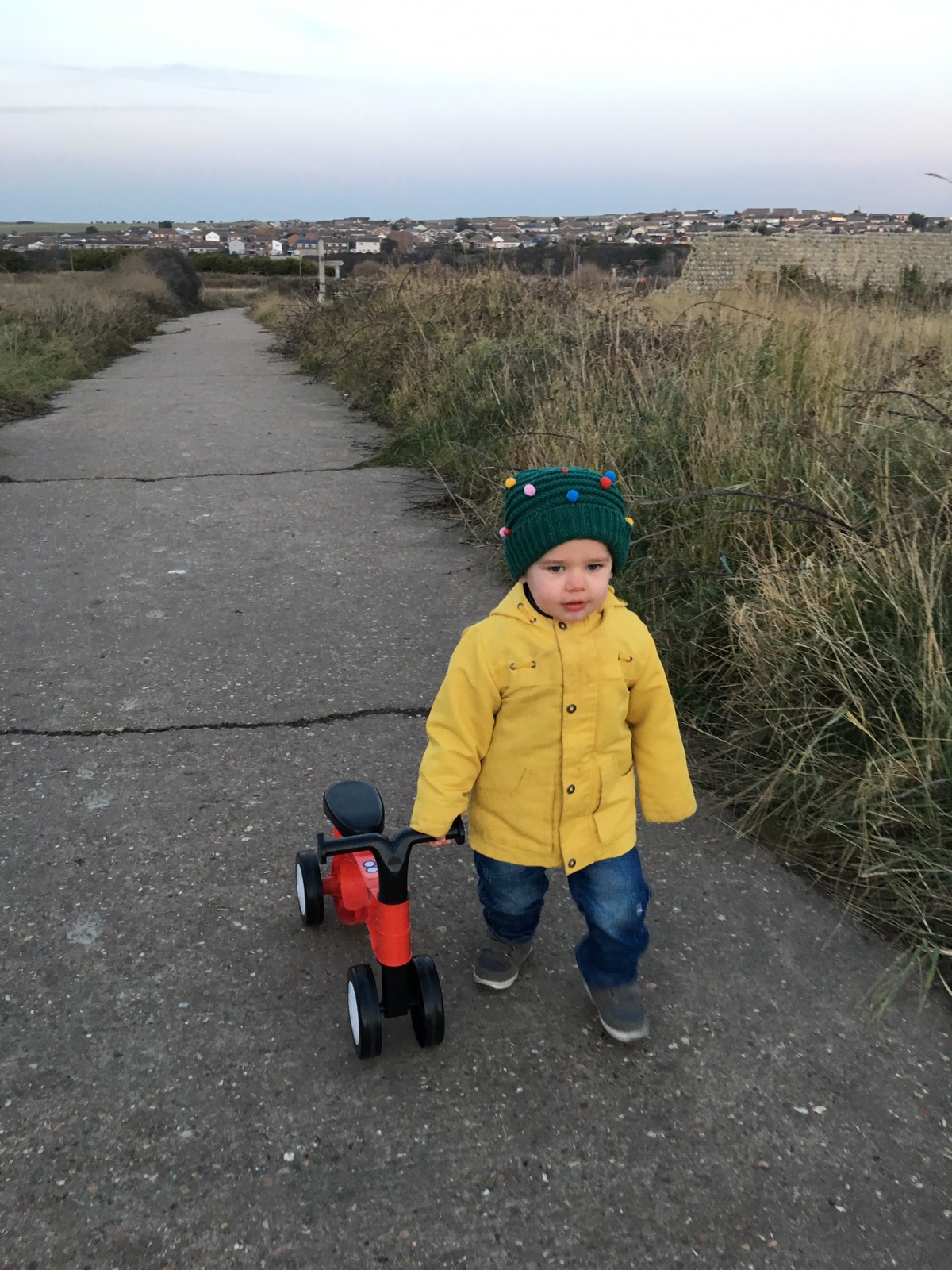 The Breastfeeding Chronicles: Thanks for the Mammaries.  11/12/2016 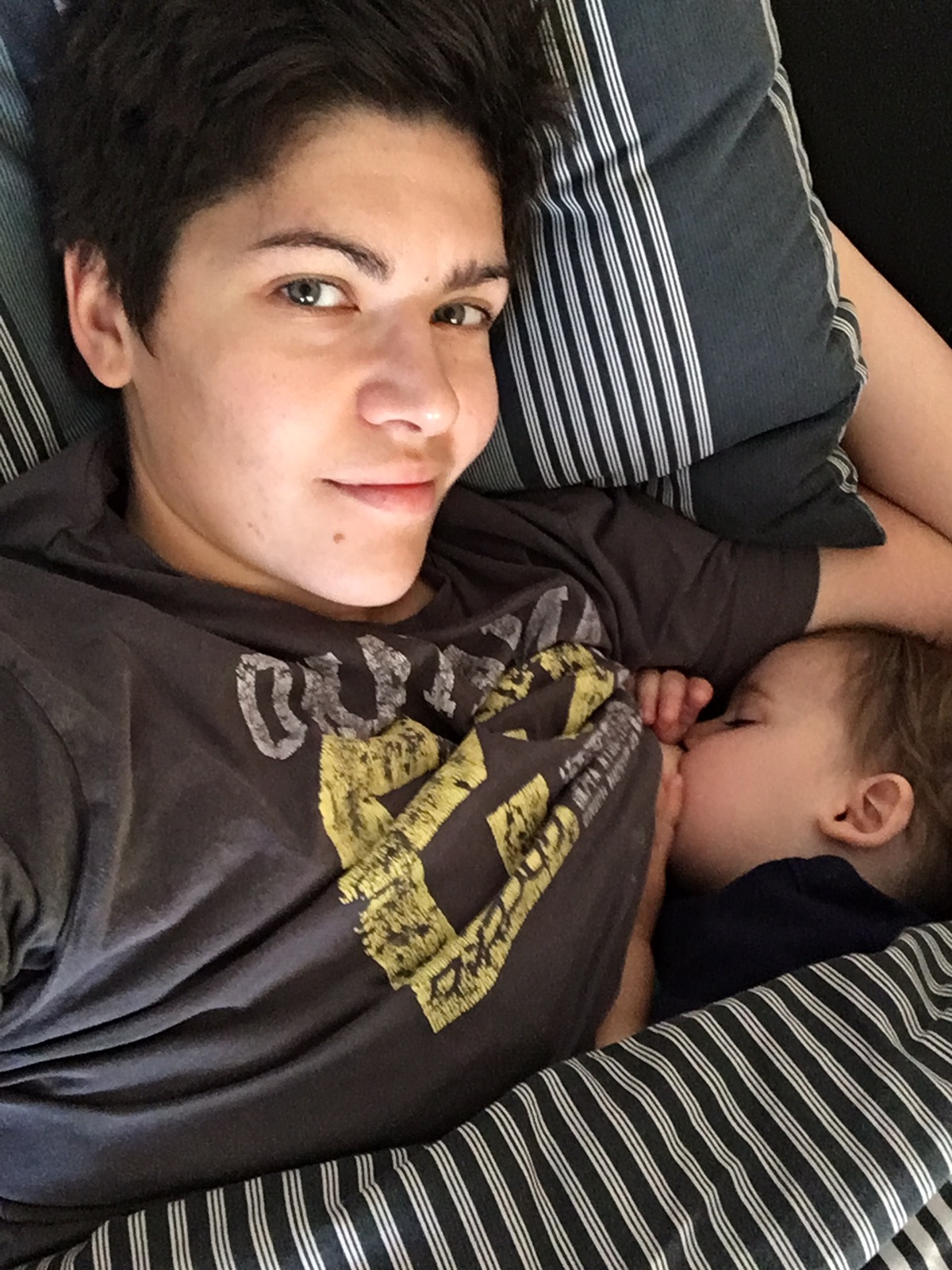 The phone thing! My phone has kids’ mode on it with loads of (insanely repetitive, annoying, awful) games and I mistakenly let Matilda know about it – she asks for it about a zillion times a day (I give in once or twice).

I’m really glad she’s lost in interest in “helping” me hang the clean washing on the clothes horse – anything on the lower rungs would be proudly carried back through to the kitchen and deposited in the machine. Repeatedly.

ha ha I had to find the lock feature on the washing machine due to this same issue lol!