Growing up as someone within a marginalised community can be hard. I came out when I was in my late teens, but I knew a lot earlier that there was something ‘different’ about me by the way I felt towards certain friends and peers.

When it came to looks and appearance I was different in that department too. I was sometimes bullied or called names because of how I looked (for context, in Secondary School I wore black DM’s and brightly coloured long-sleeved tops underneath by short-sleeved school tee, and I avoided skirts like the plague) and my male, more “feminine” friends were called “poofters” and “faggots”.

Even today I think about this and wonder what school life would have been like if my peers were more educated and informed when it came to gender stereotypes and identity. I’d also go as far to say that their parents could have done with some work too. For further context, this was Brighton in the noughties, however you wouldn’t have known it going to my school some days!

So how can we change this, because for some, this is still a reality.

It may sound obvious, but if you want to raise an ally (and not just an ally to the LGBTQ community, although this is obviously my expertise) then you need to be an ally yourself. You don’t necessarily need to have a degree on gender studies, but you do need to know the basics if you want to be able to teach your children the same.

Of course you won’t have all the answers all the time, you’re welcome to learn along the way or with your child, but your actions speak louder than words. If you’re mis-gendering someone repeatedly or still using ableist terms then you have a long way to go!

…teach them to accept people for who they are and where they come from.

This post isn’t going to go into detail about what you can and can’t say these days, but it will point you in the right direction when it comes to ways you can raise an ally. Let’s get started:

It is very rare for a child to conveniently schedule in difficult conversations or questions – it’ll always be as you’re unloading the trolley in the middle of a supermarket or, in my experience, when you’re sat in traffic already 15 minutes late to nursery drop off. Therefore, it’s vital that you equip yourself with prior knowledge so that you’re ready for any question (even if it’s a short answer for those in-the-shop moments, whilst you prepare for a longer conversation later).

Conversations around gender and sexuality, for example, or why someone may behave or look a certain way shouldn’t be something that’s difficult to talk about, but explaining it in a way so that you enable your child can be. You also don’t want to offer that community a disservice by skirting around certain topics. The more honest and open you are – even if you admit you don’t know the answer (but you’ll find out) – the more likely that your child will come to you with questions or their own concerns.

Places like The Proud Trust and Stonewall are great resources for learning about gender identity and sexuality, however there is a wealth of knowledge and experience on social media. Make sure you diversify your feed to show families that live with disabilities or those from different cultural backgrounds – although don’t solely rely on those accounts to educate you, that’s your job! If you want to make your online presence more inclusive, I’ve written a post about this here.

If you want to ‘normalise’ certain family make-ups or the way your child reacts to someone who uses a wheelchair, for example, then the best thing you can do is include these communities in your child’s environment. To start, teach them to accept people for who they are and where they come from.

Making sure their books are diverse and inclusive is a great start, especially as more often than not you’ll be reading with them at a time when the house is a lot calmer. You will also more likely have more available time to answer any questions they may have about a character or story-line. Seeing different people and families in their literature will also address any issues that come with living in a predominantly white or heteronormative area!

Likewise, making sure their films and TV shows have a diverse range of characters or topics will also ‘usualise’ certain subjects. Mainstream media has a long way to go before full inclusion is seen, but even Disney films more recently have explored topics on death and bereavement (Coco), single parent families (Toy Story) and hinted towards same sex relationships (Onward). Channels like CBeebies have TONS of programmes featuring different people and cultures, and apps like Hopster showcase a variety of diverse stories and songs.

Language is probably the most important way to make sure, as they grow up, that your child is welcoming to others. It means that when the time comes that they meet someone that’s different to them for the first time (and it will happen more than once!) they won’t be scared or fearful of that difference.

Making simple changes, such as not assuming someone’s gender or sexual orientation, is a great start as it also reinforces that you, too, will be open to them if they later identify as ‘other’. Using words such as ‘They / Them’ instead of ‘She / He’, ‘Person’ instead of ‘Lady / Man’ (see also: Fire FIGHTER instead of FireMAN), and ‘Partner’ instead of ‘Boyfriend / Girlfriend’ when discussing future significant others changes their narrative. Later on, it also leaves for less embarrassment or opportunity for correction, although don’t panic if this happens – we all make mistakes. Just as long as you learn from them!

When it comes to race and ethnicity, make sure your children see colour and culture! You are offering your child a disservice by teaching them not to see colour. Why not attend local events that celebrate religious holidays or enrol them in school activities or after-school clubs with racially diverse students. On the other end of the scale, as difficult as this may be, avoid members of your family who still have racist views or try to have a conversation with them about their language (and how you don’t want your children to be exposed to it).

People with disabilities (including hidden disabilities) also need to be included in your child’s narrative. Cathy, from That Single Mum made an excellent list of ableist terms recently that shocked me to my core as I realised that I’d used some of the phrases included previously. Please do have a read and give Cathy a follow over on Instagram.

Stereotypes are incredibly harmful to your child’s development, as it limits them and instils ignorant attitudes. Whether it’s limiting them to certain clothes, toys, even job opportunities, if they believe that their gender, for example, means they can only experience certain things then they will struggle with this later on. As a more ‘masculine’ woman, I really struggled with my identity during the first stages of pregnancy as I didn’t see myself represented in maternity shops. It’s only later on (when my hormones changed and adopted the ‘IDGAF’ attitude) that I embraced it and owned it – even if others didn’t – but it was hard.

Ways you can combat the typical stereotypes within society is by simply making sure you avoid them all together so that children see people as humans first.

For example, celebrate the women in male-dominated roles or learn about LGBTQ history where Queer people were heroes. Avoid language that enforces “Boy / Girl” behaviours or feelings, encourage equal opportunities, and make sure you embrace the fact that there are more than two genders. There really is no reason why stereotypes should still exist in today’s society.

Say NO to Bullies!

According to the Stonewall School Report (2017), nearly half of LGBT students are still bullied at school for being LGBT, and 40% of those young people have skipped school as a result. Although there have been more recent changes to the RSE curriculum, inclusion starts at home, therefore it’s important to challenge narratives and learned behaviour early on.

Phrases such as “That’s so Gay” or “Don’t be such a Girl” are incredibly harmful, even if your child doesn’t understand the meaning behind them. If language is learned, then so can behaviour, therefore nip any negative behaviour in the bud and explain why something is wrong.

That’s not to say that every day needs to be a structured lesson on diversity, but normalising certain language and behaviour in your every day will mean that your children won’t be fearful of people who may identify differently to them and they’re less likely to use harmful language.

Why not listen to music by people with an androgynous style and then look at photos of them after? Encourage them to play with a variety of toys. If you watch sports, make sure that your children experience both genders playing the sports. With more knowledge comes confidence, which means children will be more likely tell a teacher when they notice bullying type behaviour or go as far as to challenge their peers themselves. A fantastic resource for more inclusive teaching or tips on how to raise an ally is this one by Stonewall.

To raise an ally takes a lot of work, but for families like mine your work is so important. It means people from different communities can be themselves, and we have a chance to witness a future where people are seen and treated as equals. The world will become more accessible, and people will feel a lot safer.

But the work is never ending, and with changes to the law and legislation, as well as attitudes in the media, comes new challenges, therefore it’s vital that whilst you’re raising tomorrow’s allies, you too continue your learning. 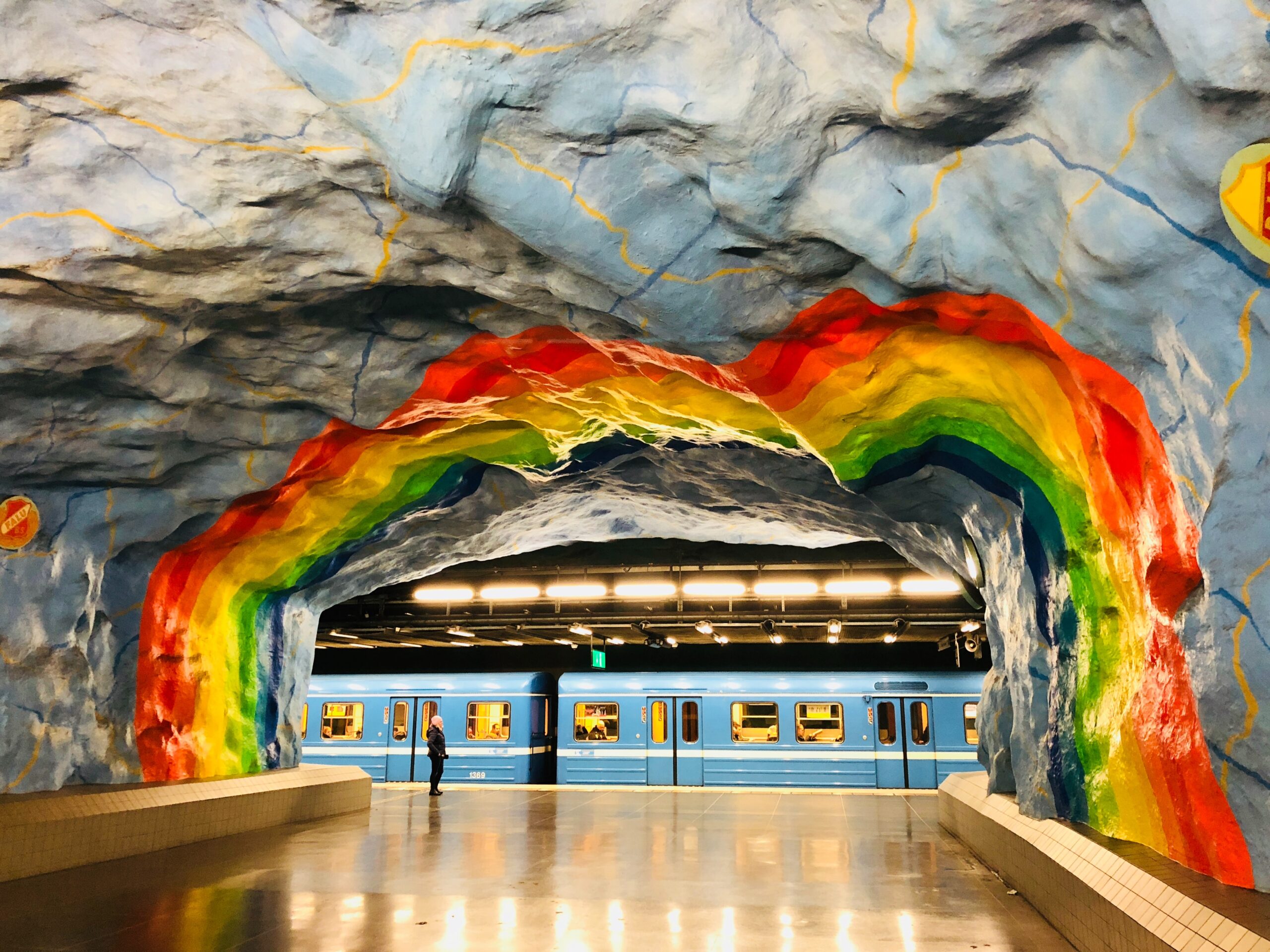 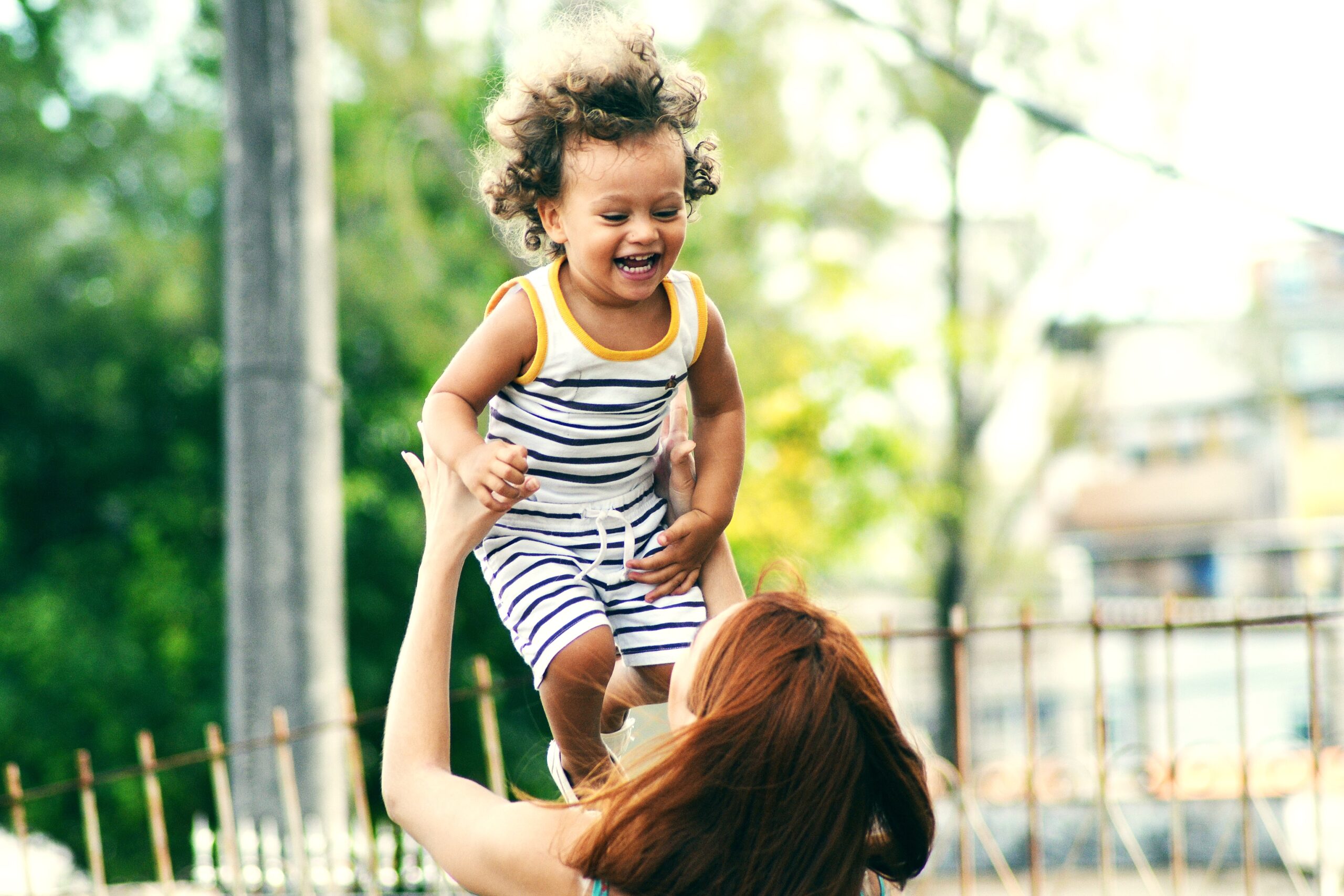 I’d like to add that not only are you adding and educating an ally, the parent is creating space for the child to be whom they are and creating great confidence in one another which is imperative during teen years and creates great dialogue. Wonderful writing and I loved how you included crayons. the rainbow. wonderful.