If you follow us on instagram you’ll know that we’re massive Potterheads. If you don’t know what that means, I’ll enlighten you:

Definition: Amazingly cool people who are obsessed with Harry Potter.

We adore the series and ever since Warner Bros. opened their studios in Watford, London we have visited the Harry Potter studio tour a number of times. You may think this as a bit excessive, but the tour is constantly changing and adding new features. As well as the seasonal changes where props are often adorned with snow in the winter or sets decorated with pumpkins in the autumn, there are also regular releases of new behind the scenes footage and experiences.

The last time we visited, T was a mere 18 months old and had just started walking. To him, it was a day out and a safe place to toddle with some fun stuff to do along the way. Fast forward another 18 months and it’s now a whole new experience.

The Goblet of Fire Exhibition

Last week, we were invited to attend the Harry Potter Studios to view the new Goblet of Fire exhibition that has recently opened in March. The name gives it away, but in addition to the permanent features, the tour has welcomed for a limited time several props from The Goblet of Fire and released lots of new information about the making of the film.

Starting our journey in the Great Hall, we are welcome by our guide who takes us through the history of the hall as well as the Goblet scene with George and Fred. They go through some of the special and visual effects involved in making the scene as well as inviting us to watch the goblet pick a name.

After this, we were then invited to take a tour around the rest of the studios – making sure we kept an eye out for specific Goblet of Fire related secrets.

Even though we’ve visited before, I never get tired of taking my time looking at all the props and reading about their origins. What made this visit really special though is that T knew where he was and what we were looking at. Did I say that he’s a massive Potterhead too?

As soon as we arrived in the Great Hall T was silent and it pretty much stayed this way until we got to Platform 9 3/4. He was a sponge, taking everything in and interacting with everything and anything he could. We were curious as to whether he would get overwhelmed or simply not want to walk around for too long (we had had a treacherous journey and by the time we arrived it was 45 minutes until his usual bedtime!) but he was utterly absorbed. I regularly asked what he was looking at and he told me with confidence each time – often getting things right first time. I was so proud.

The first part of the tour takes you around the various sets, props, and costumes. From Hagrid’s Hut to the Weasley’s kitchen to the Potions Classroom. Props are never ending and it is at these points that you realise how much work goes into the film. From the various wands to the Horcruxes to the vanishing cabinet. Even with this being our 6th visit, there’s always something I haven’t noticed or love to read about over and over. There are also several occasions when you can interact with the set.

Dotted around the tour are also lots of photo opportunities, from commanding a broom to pushing your own trolley through the portal on platform 9 3/4. These are really fun and require no extra pocket money. If you do, however, have some extra spending money then there are lots of opportunities to have you photo taken in front of the green screens.

Since our last visit, the tour have added a new area to their catalogue: The Forbidden Forest. I never know where they find the room to keep adding to the tour, but somehow they do. This was completely new for me and Sharon so we were very excited, T, however was a little unsure – it was rather dark.

Combining the forest set with creatures from creature effects really made you feel like you were in the film. In addition, guests were invited to create their own scenes with the option to make thunder and lightning, and wind. This was a nice added touch.

Whilst every part of the tour is exciting and fascinating, the piste de la resistance for us is most definitely Platform 9 3/4. Although sadly the train doesn’t move, you can’t help but gasp when you see the bright red engine sat in it’s glory.

After quite literally screaming after hearing the whistle blow and running off without a care for where his mums were, T suddenly got quite overwhelmed at this point and really didn’t know where to put himself. At one point, he was so transfixed on the train that he couldn’t hear us asking him whether he’d like to get on!

When you complete the first half of the tour, you then come to the Backlot Cafe. I’m sure this place gets bigger every time I visit as we never seem to have issues finding a table.

Although by now it was well past T’s dinner time, he had no issues polishing off a hot dog! The event invited us to a meal on them so I had an Angus Beef Burger and Sharon had the Southern Fried Chicken Burger. We were then treated to some Butterbeer! Sharon and I had the original Butterbeer and T had some Butterbeer ice cream. It was delicious.

Butterbeer never gets boring and despite trying to make it at home, nothing compares to the real thing from the studios.

Once we’d finished our meals, we were then onto part two of the two of the tour – visual and special effects, creature effects, and the art department – but not before exploring the backlot where we looked around The Knight Bus and Privet Drive.

For me, these areas are just as fascinating as the props and sets as you’re invited to really go behind the scenes and find out just how much went on – even before the films started filming. In addition, the tour really goes into detail about how things are made, from the fire within the dragons to how tall Hagrid REALLY is!

You kinda want to read some of the snippets between closed fingers incase the magic is taken away, but for me, even with the knowledge I have now, the magic still remains. If anything, it’s multiplied knowing what really went on to make certain scenes. Again, there were lots of new additions in comparison to our last visit, this time in the form of virtual reality hotspots where you can control your very own Dobby. This was a fab feature for the children (and big kids).

Making our way through further sets, including Diagon Alley, we made our way to the Art Department. I think, for me, this is the most stunning area. The attention to detail is just astronomical, from first sketches to miniature models of every set to artist interpretation of characters and scenes. It really is breathtaking.

In no time we were sadly coming to the end of the tour. T had done brilliantly, but was clearly getting tired – although as soon as he saw the next part he suddenly got a second wind. How can you not?

Even this location wasn’t exempt from special Goblet of Fire additions – can you spot what we spotted?

We spent a good 20 minutes here looking at all the detail within Hogwarts Castle – it never gets old. T had fun pointing everything out and then chatting to staff – who were incredible by the way. The staff very clearly enjoy their jobs and had no issues taking our photo or answering questions. What they didn’t know wasn’t worth knowing.

Ending our tour at the wand room, we were gifted with a chocolate frog and the invitation to ask any questions. After a little chat about the secrets behind this particular room we then made our way to the gift shop where we treated T to an owl, Sharon with some Christmas decorations, and me with a Prefect Badge and another wand! I’d also got a few bits from the shop at Platform 9 3/4 – why not!? It’s really hard not to spend a lottery win here.

Despite the late night, T had a brilliant time and will no doubt want to return (it also makes the perfect gift). We’ve only got to Goblet of Fire with him when it comes to the films, but after the tour we will slowly be introducing him to the next few films ready for the next release at the studio. I can’t wait until he starts reading the books.

The way he is with Harry Potter and what he knows already I often can’t believe he’s only three. I hope he never grows tired of Harry Potter and continues to see it for the magnificent world that it still is. We had a fantastic time and we can’t wait to come back soon. 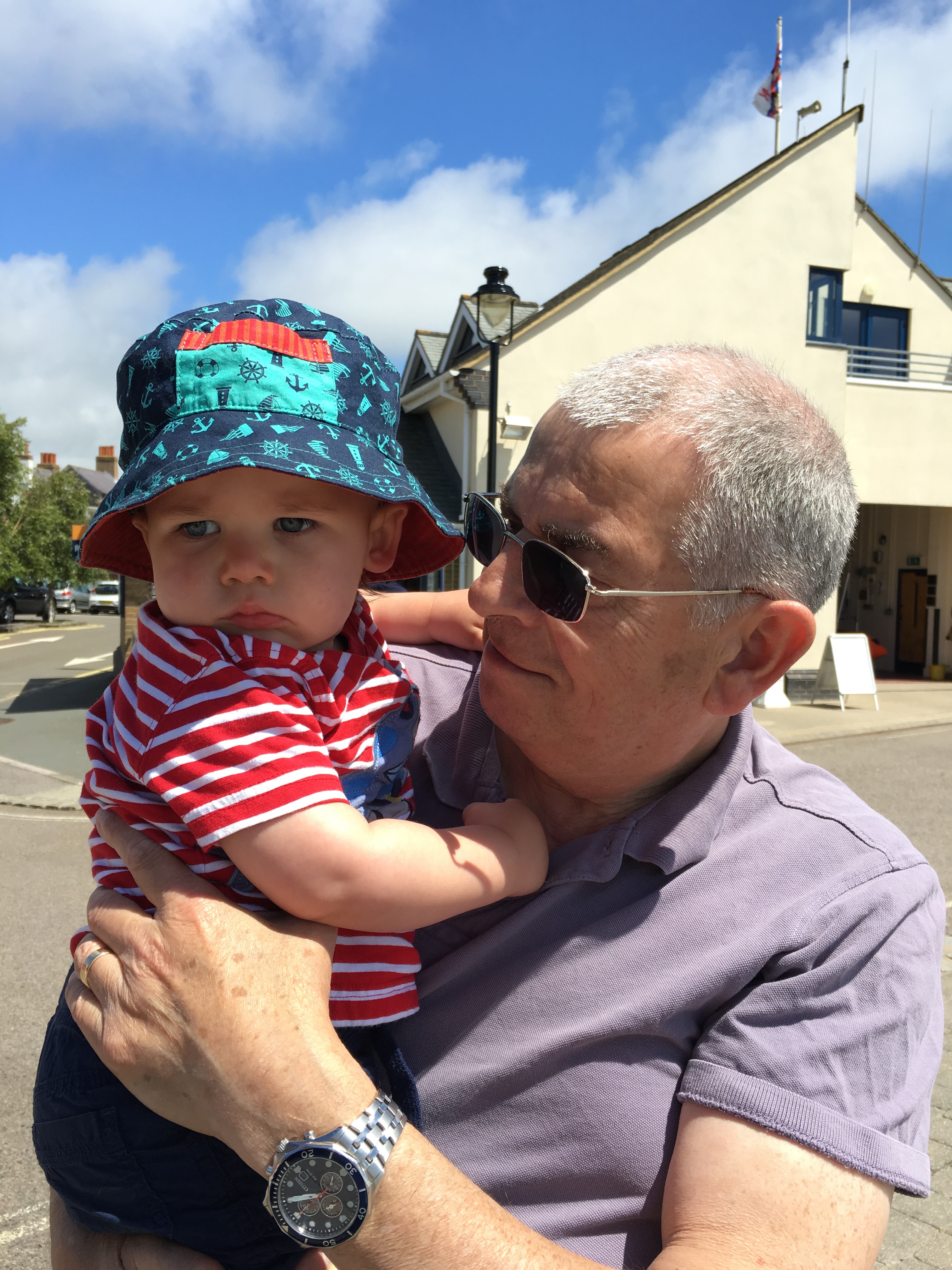 Oh, isn’t it an amazing place? I was really sad that we couldn’t make it this time but hope to see the new Goblet of Fire exhibit soon.
Nat.x

It’s absolutely magical. I always leave feeling warm and fuzzy. It’ll never get old. Hope you’ll be able to attend – there’s been so many changes recently.